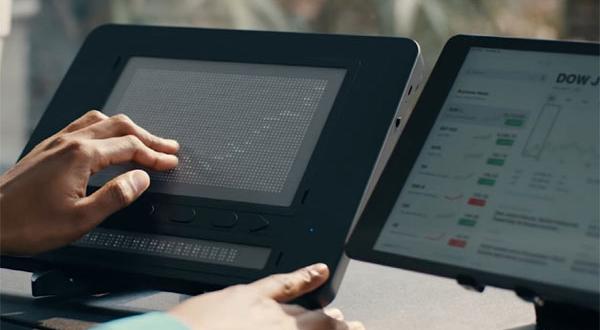 Dot is a display device to allow blind/low-vision users to access and interact with the pixel-based graphics. Source: Dot

People with vision impairments commonly use braille, yet despite considerable gains in online and smart device accessibility, braille-reader technology development has practically halted. Dot has taken a major stride ahead with a smart braille gadget that not only allows for easy text display, but also tactile representations of visuals, hoping to open a whole new level of educational and accessible content.

Each pin (2,400 total) on the Dot Pad may be easily moved up or down in a pixel-like grid such that it forms braille letters or easily recognizable shapes. Users can fit in a full line of 300 characters for braille and another 20 in a more conventionally spaced line below. Apple’s VoiceOver screen reading makes it easy to read text, icon labels and even charts and basic graphics with the device.

By no means is this the first digital braille display — similar devices have existed for many years but have been severely constrained in terms of both availability and performance. Most often, braille displays are used to read and type digital text, although these are frequently cumbersome one-line computers that have not improved significantly in many decades.

Braille readers are typically mechanically sophisticated, depending on hundreds of small hinges and gears 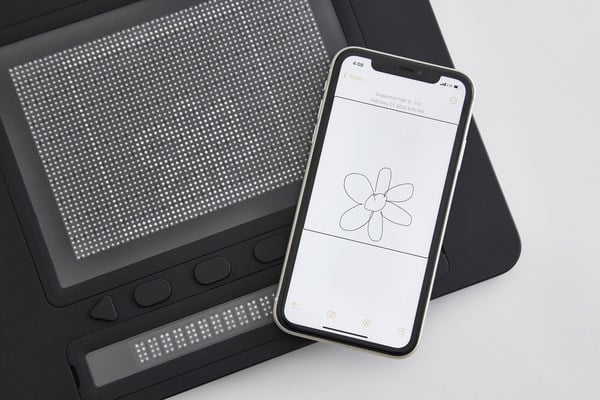 Many visually impaired people rely on their iPhone or iPad because of Apple's VoiceOver — the industry's most popular screen reader. Source: Dot to constantly adjust the pins on command, as well as being sturdy enough to resist continuous pressure from contact. Various breakthroughs from major research institutions have been recognized over the years, but none have been made commercially available. Dot is attempting to alter this by combining stronger, more capable technology and greater interactions with smartphones and tablets.

Dot also has a significant edge because of its relationship with Apple. The Dot Pad can be activated with a motion, displaying whatever the highlighted object on the display is at the time. Dot will make its fundamental technology available for a future Dynamic Tactile Device project led by the American Printing House for the Blind and HumanWare, which is expected to release in 2023.