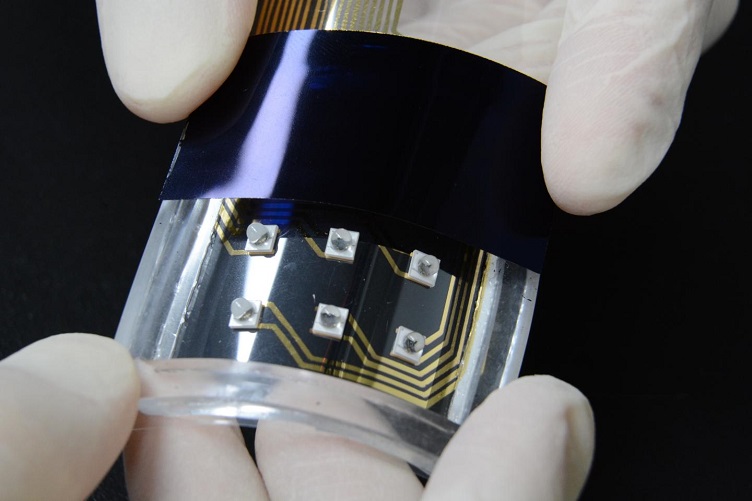 Haptic technology is an interface that replicates the experience of touch to the user and can be used in applications for touchscreen devices and remotely controlled tasks in smartphones, home appliances, medical equipment and virtual games.

Current haptic technology offers vibrations felt on the entire device like a mono speaker with the user feeling the same vibration regardless of where they touch. ETRI’s technology allows users to experience various tactile sensations according to where the user touches. The haptic technology allows various sensations by area and reduction in size by considerably lowering the cost of the light source, where it could be applied to many industries such as automobiles and electronics. The technology could be used in an application where a user’s finger can feel varying textures of different products such as online shopping.

Haptic feedback on smartphones or game controllers is created via the movement of a pendulum attached to the motor, however, this does not deliver tactile sensations by part, since the consistently same vibration effect spreads to an entire device. Other technologies use shock waves per momentary temperature change via laser, but this is difficult to reduce in size and commercialize.

The technology is based on the principle that absorbed light energy turns into thermal energy. When the film coated with a special photothermal layer is applied with light energy, the film goes through bending and restoration and expands the material as it is heated and cooled, creating a vibration.

The team used the technology to prove the ability to make precise vibrations with a wide frequency bandwidth by creating a 3 x 3 LED sequence made of nine 1 cm units. The haptic film does not include an electric structure that can be applied to a thin and flexible display screen and can be integrated with an active field of flexible devices.

Researchers plan to commercialize the technology for cars, smart devices, electronic displays, smartphones and more. In the automotive industry, touchscreens are being integrated more with various control functions such as navigation, media and mutual assistance systems in place of traditional buttons or dials. Additionally, the technology could be used as an alternative to supplement Braille by grafting it with information devices for the visually impaired.

"The technology is expected to be used widely to support people who are vulnerable with information, such as the visually challenged, by practically applying the original technology designed to deliver information through tactile sensation," said Shin Hyung-cheol, head of the human enhancement and assistive technology research section at ETRI.

The full research can be found in the journal ACS Applied Materials & Interfaces.