In 1836, a group of American scientists led by Samuel F. B. Morse developed an electronic telegraph system that used only three pulses and the silence in-between to create a transmittable language system.

While Morse code is more than 180 years old, its uses are still being felt today as researchers at the Georgia Institute of Technology are using passive haptic learning (PHL) to teach the language to people using Google Glass and a series of vibrations felt near the ear. 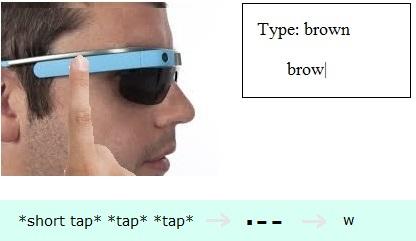 After just four hours, people who participated in the study were able to identify and write Morse code. Source: Georgia Institute of Technology Participants in the study learned Morse code without even paying attention to the signals. Instead the system involved people playing games while feeling vibration taps between their temple and ear, and hearing the corresponding letters. The taps represented the dots and dashes of Morse code and passively taught the participants while they were distracted by the game.

After just four hours, they were 94% accurate in keying a sentence that included every letter of the alphabet, and 98% accurate writing codes for every letter. Researchers have previously used similar PHL methods to teach people how to read Braille, how to play the piano, and to improve hand sensation for those with spinal cord injuries.

Researchers used Google Glass because it has both a built-in speaker as well as a tapper (the eyewear’s bone-conduction transducer). The taps were created by sending a very-low-frequency signal to the Google Glass speaker system. The signal was below hearing range, at less than 15 Hz, and because it was played very slowly, the sound was felt as a vibration.

Half of the participants in the study received vibration taps and a voice prompt for each corresponding letter, while the other half felt no taps to help them learn at all. Testing was conducted after four hours. Those who felt taps were nearly perfect in being able to type the alphabet in Morse code, while those who did not receive any taps were accurate only half the time.

“Does this new study mean that people will rush out to learn Morse code? Probably not," says Thad Starner, a Georgia Tech professor. “It shows that PHL lowers the barrier to learn text-entry methods— something we need for smartwatches and any text entry that doesn't require you to look at your device or keyboard.”

Future studies will test whether PHL can teach people how to type on a QWERTY keyboard, meaning several letters assigned to the same finger, rather than using only one finger as in Morse code.