Why subsidies are needed for US domestic chip manufacturing 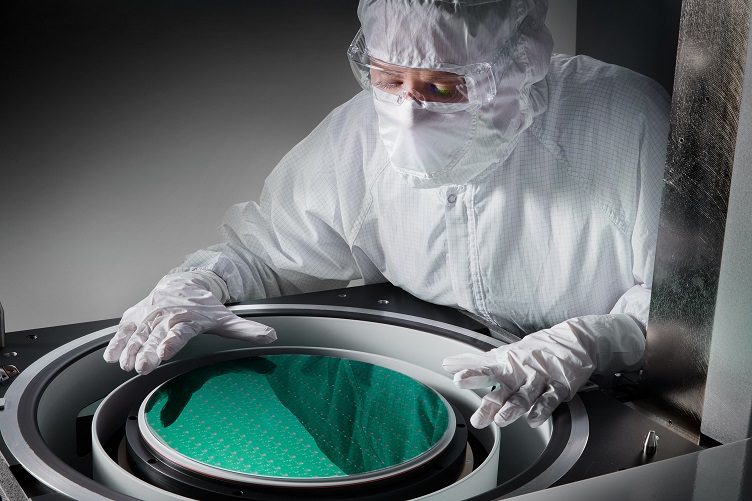 An engineer examines a semiconductor wafer inside a fab. More fabs are already under construction in the U.S. but new laws could increase incentives for building future factories. Source: Lam Research

Executives from Intel Corp. and Micron Technology appeared in front of the U.S. Senate Commerce Committee to explain to the government the importance of subsidies and why they are needed to increase competitiveness in domestic semiconductor manufacturing.

Intel CEO Pat Gelsinger said there was an urgent need to incentivize more private sector investment in the U.S. domestic semiconductor manufacturing to enable a resilient and innovative semiconductor ecosystem.

Micron’s CEO Sanjay Mehrotra said that approving the Creating Helpful Incentives to Produce Semiconductors (CHIPS) for America Act will help “kick start investment in workforce development, R&D, innovation and expansion of manufacturing in the near term,” according to a report from Reuters.

The CHIPS for America Act will provide more than $52 billion to invest in domestic U.S. chip manufacturing and research. The bipartisan act aims to enhance the competitiveness of the U.S. by promoting American science and technology leadership.

Both the Senate and the House have passed versions of the CHIPS Act but differ on specific provisions. The two houses will have to negotiate a final bill that will be sent to President Biden for signature.

Why they are needed

According to the Semiconductor Industry Association (SIA), the U.S. manufactures about 12% of all chips made globally, this is down from about 37% in the 1990s. If the supply chain remains the same or the situation worsens, this will more than likely decline to 10% or less in the coming years as more manufacturing capacity is built in other countries to meet demand.

The reason for the decline is due to substantial incentives offered by foreign governments, placing the U.S. in a competitive disadvantage for attracting new construction of chip manufacturing fabs, the SIA said.

A renewed call for domestic chip manufacturing has cropped up because of the supply chain issues that emerged during the COVID-19 pandemic.

To fight against these potential problems, the goal is to diversify where semiconductors are manufactured to curb potential impacts on the supply chain.

Fabs are already being built in the U.S. to combat the ongoing chip shortage and increase diversification of semiconductor manufacturing.

Intel has pledged to spend $20 billion on two fabs in Arizona and another $20 billion on two fabs to be located in Ohio. Another fab from Taiwan Semiconductor Manufacturing Co. (TSMC) is already under construction in Arizona, where the company will at least spend $12 billion, but could eventually invest $35 billion at the location. Another fab is under development in Texas from Samsung Electronics, where the Korean company plans to spend as much as $17 billion.

The CHIPS for America Act would potentially give incentives for other foreign companies, or domestic manufacturers, to build future fabs in the U.S.

Fab equipment spending is at an all-time high with expected revenues to reach $107 billion this year, growing 18% year-over-year. This is the third consecutive year of growth following a 42% surge in 2021, according to new research from SEMI.

"Crossing the $100 billion mark in spending on global fab equipment for the first time is a historic milestone for the semiconductor industry," said Ajit Manocha, president and CEO of SEMI. "This significant achievement is a tribute to the relentless drive to add and upgrade capacity to address a diverse range of markets and emerging applications, solidifying expectations for long-term industry growth to enable electronics for the digital world."

With new fabs being constructed not just in the U.S. but globally, SEMI forecasts fab equipment spending will have another healthy year in 2023 and is expected to remain above the $100 billion mark.