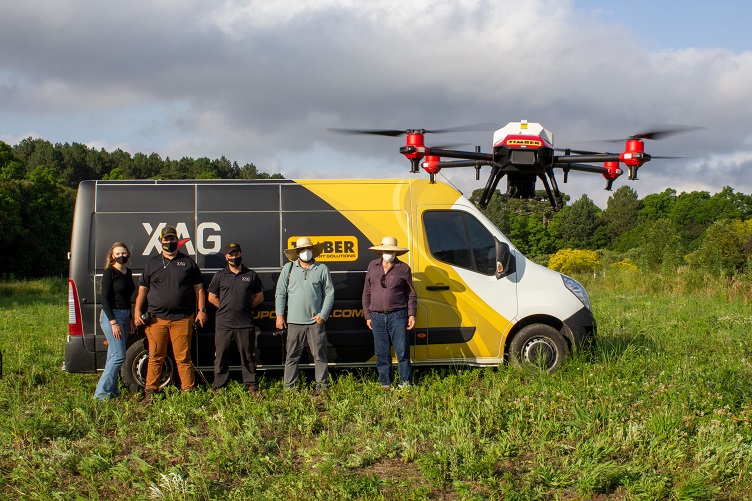 The agricultural drones will be used to plant seeds of native plants in Brazil as part of the Arboreto Project. Source: XAG

Federal University of Paraná (UFPR) has started the Arboreto Project, an effort to plant seeds of native tree species in Brazil.

The project will use XAG’s agricultural drones to plant the seeds as a trial to show the effectiveness of drone use in boosting forest growth. The trial may pave the way for the autonomous technology to be used in large-scale planting in Brazilian forests.

The drone seeding aims to help speed up the process of forest restoration through planting tree species with commercial internet and environmental adaptation.

During the project, different amounts of seeds were weighed and sorted into a smart container onboard the drone. The pilot then entered all the parameters of the operation, such as as waypoints, flight speed and spray volume, through a mobile app.

The drone with a spreading attachment was programmed to run along target lines, evenly distributing the seeds from different forest species native to Brazil.

XAG said that compared to planting trees by hand, autonomous drones improved productivity of the restoration work and the agricultural drone could serve as a cost-effect tool to facilitate tree planting.

Previously, XAG used its drones for sowing seeds, spreading fertilizers, spraying pesticides and digital field mapping. One of the previous pilots had drones helping to fight against locust swarms in East Africa.