Can drones be used to fight locusts? 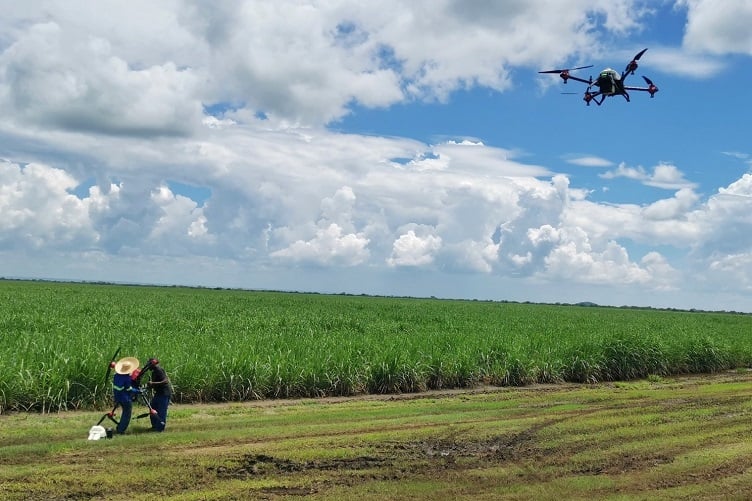 The agricultural drones from XAG are being experimented in Africa to fight the migration and swarm of locusts. Source: XAG

Chinese agricultural drone maker XAG believes unmanned aerial systems (UAS) can be used to combat locust invasions that wreak havoc on food crops in Africa and other regions of the world.

The UN warned that East Africa is under a new threat of locust swarms in the coming weeks. However, through more targeted night spraying, controlled by current ground and aerial control measures, might be a way to help combat the threat.

Not only are drones a cheaper alternative to manned aircraft, but they can be used to conduct ultra-low volume spraying of chemical or biological pesticides to kill the locusts, especially in impacted areas that cannot be accessible by ground vehicles or airplanes.

During the day, when locust swarms are dense, it is unsafe or ineffective for drones to carry out spraying missions but at night the drones can either target the wingless nymphs and hopper bands at the early stage or launch an attack when the flying adults settle down.

The first step is to survey and map the fields before sunset and then deploy the drones at night to concentrate the spraying forces against swarms that become inactive after sunset.

Additionally, UAS can help lessen the strain on supplies and human resources needed to suppress the locust outbreaks in poor regions of Africa. XAG agriculture drones operate autonomously on a predetermined path and deliver uniform spray about three meters around the locust swarms. The unmanned technology also helps to reduce the quantities of pesticides used as well as conform to social distancing mandates brought on by the COVID-19 pandemic, XAG said.

Desert locusts are a species of grasshoppers considered to be one of the world’s most destructive migratory pests. Swarms can reach a density of up to 80 million per square kilometer, erasing crops and vegetations leading to massive food losses. If left unchecked, these insects can multiply 20-fold in just three months and grow 400 times in half a year.