Can drones be used for insect pest control? 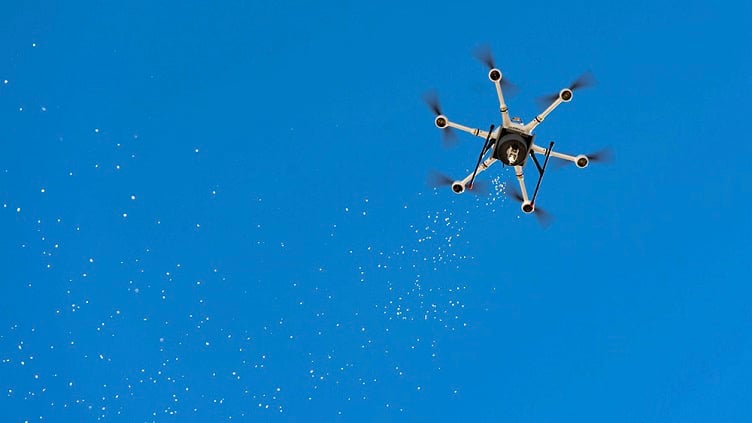 New pest management strategies are being sought to combat against insects including increased use of drones. Source: Entomological Society of America

Chalk up another future use case for unmanned aerial systems (UAS) as researchers look to use the machines to fight insect infestations.

The Entomological Society of America is investigating new pest-management strategies that use drones for detection and control.

"Ten years ago, there was not much happening in the space in terms of entomologists deploying UAS for pest management," said Nathan Moses-Gonzales, CEO of M3 Agriculture Technologies, who compiled the research.

However, the doors have now been opened for collaborations between entomologists and drone developers as well as the evolution of UAS technology that has enabled this type of research.

Drones can help with insect control by:

The next steps are to refine drone technology in the pest management context and integrate automation and artificial intelligence.

This is not the first-time researchers have experimented with drone use and insect control. Earlier this year, XAG announced a pilot program to use drones to combat locust invasions in China.

The full research can be found in the Journal of Economic Entomology.