Piezoelectric materials: An alternative to batteries 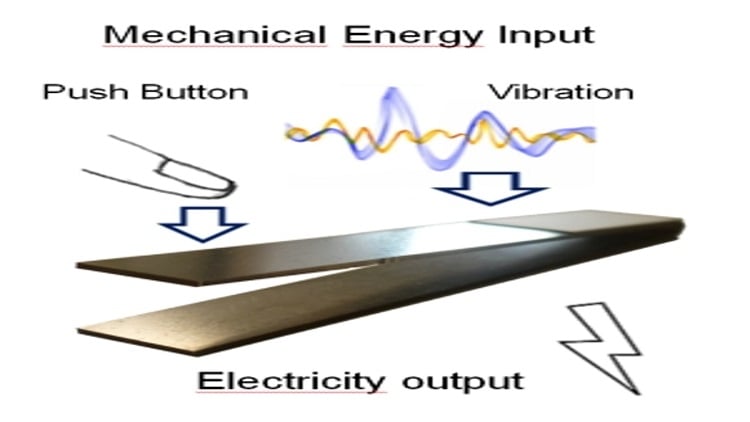 The dramatic decrease in the power consumption and size of sensors has resulted in a concentrated investigation on sources of power that can be used in addition to or in place of batteries. Battery use has always been frowned upon due to the fact that they must be charged prior to use. Likewise, distributed network sensors and data-gathering components need centralized energy sources to operate. Battery charging or replacement options might be expensive or even unfeasible in a few applications, such as sensors for structure health monitoring in remote areas or regionally unavailable humidity or temperature sensors. Replacing batteries can be a time-consuming and costly process in a broad-scale sensor network and in hazardous, hard and broad terrain installations. Embedded sensor networks in metropolitan battlegrounds are an example.

Rationally, the focus in these instances has been on constructing on-site generators capable of converting any source of energy available at that spot to electrical energy. Recent improvements in low-power very large-scale integration circuits have facilitated the creation of ultra-low-power integrated circuits that operate at nano to micro level watts of power. This drive toward scale has paved the way for energy harvesting technologies at chip level, which eliminate the requirement for chemical batteries or intricate cabling for microsensors, laying the groundwork for battery-free automated sensors and networking devices.

An alternative to using a standard battery as a power source is to harness the residual energy found in the surrounding area. Leftover energy is generated by industrial machinery, human activities, cars, structures and environmental sources, all of which can be used to capture small amounts of energy without impacting the source itself. Additionally, energy harvesting can deliver a solution for difficult climatic circumstances that are unsuitable for battery use, such as temperatures above 60° C. Numerous energy harvesting systems at micro, meso and nanoscales have been developed in recent years, including solar, electromagnetic, thermoelectric, capacitive and piezoelectric.

1. The energy density of piezoelectric materials stays higher even when the film thickness is reduced, leading to device scalability for miniaturization.

3. Increased potential for energy harvesting due to the connection of mechanical and electrical components.

4. It is quite simple to create high-frequency, temperature-stable resonant systems.

3. The material composition is easily adjusted, which improves the material's prospects.

Overall, in conjunction with the fast growth of the internet of things (IoT), piezoelectric energy harvester devices provide a number of benefits and prospects for the implementation and advancement of smart homes, cities, health, intelligent transportation and smart agriculture, among other applications. Piezoelectric energy harvesters are a vital and promising solution for the development of a new kind of self-directed self-powered terminal node capable of operating for significantly greater lengths of time without requiring battery charges. Additionally, it can result in price reductions by greatly deferring battery replacement and these energy harvesting technologies can improve the toughness of all IoT systems.