How blockchain is disrupting the cannabis industry 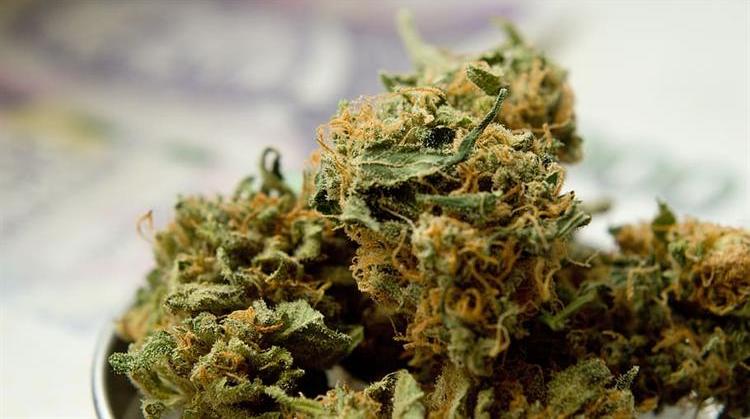 Blockchain and cannabis share one main thing in common: they are both disruptive trends that are shifting how business is done around the world, and especially in the United States. Where legal producers of cannabis are concerned, blockchain can absolutely turn an industry around that has been stumped by a surprisingly slow growth curve, toward more profits in the future. This does not just apply to the cultivators, retailers and producers will also be affected by the impact that blockchain can have on an industry.

What are the challenges in the cannabis industry?

Since the legalization of recreational cannabis across many states in the U.S. and Canada, the move from illegal to legal products hasn’t happened as quickly as expected. This has frustrated those who entered the market early expecting huge demand.

As the cannabis industry grows and matures, a lot of these problems are being solved. Producers that are licensed increase their cultivation and this, coupled with the underwhelming growth of the legal cannabis industry, has led to an oversupply of cannabis. Commercializing the product, combined with the recent oversupply of product, is putting more pressure on legal suppliers to reduce the price of their product.

Perhaps most importantly, blockchain will provide encrypted traceability, which helps address other issues.

How can blockchain help?

As mentioned above, apprehensiveness of government-related cannabis is still very prevalent. Marketing is extremely restricted for licensed retailers and producers, stopping the spreading of relevant information about the consistency, safety and quality of legal cannabis. There have been health concerns about vaping concentrates of marijuana, which has led to temporary prohibitions on these products in places such as Massachusetts in 2019. And with a multitude of farms and suppliers, yet highly varying market supply, it can be difficult for consumers to find products they prefer and consistently get.

Blockchain is a decentralized, digital technology that keeps a record of all transactions that occur within a peer-to-peer network. The records of these interactions are kept in a decentralized, networked system. Each batch of transactions on a blockchain are called a block and every block is sorted chronologically to form a chain. Since there are thousands or millions of copies of the same chain, the software can quickly check back on previous ledger entries. This ensures that attempts to hack the chain are quickly identified and resolved upon comparison. Hacking a blockchain would require advanced black hat programming, in addition to immense computing power to alter at least the majority of blockchains concurrently. In short, it is practically impossible.

The introduction of blockchain to the cannabis industry would reduce vulnerability and promote transparency as information is digitally stored and is not kept in one centralized place. Furthermore, it doesn’t have one intermediary that oversees transactions.

Blockchain became recognized when it was used as the engine for various cryptocurrencies, but as seen by the examples in this article, blockchain can be applied to almost every industry imaginable. The top 10 use cases set forward by the Blockchain Council mostly include food safety and supply management, as there are multiple trials in beverage, pharmaceutical and food enterprises.

Cannabis companies do possess an advantage over other companies that are trying to adopt blockchain and have strong traceability requirements. As the legal cannabis industry is very new, cannabis companies are quite modern, and therefore more equipped to integrate a solution like blockchain easily into their workflow. These are typically young companies with a strong growth culture and generally have less complicated supply chains/structures.

Cannabis 2.0 is a source of great hope for the industry, as it can include ingredients from many vendors and combine them into one product. The concept of blockchain where Cannabis 2.0 is concerned makes even more sense, as the ability to trace the history for each product that has obviously gone through a few processes would really increase consumer trust.

Transparency in the supply chain is really what will benefit business owners that are in the legal cannabis industry. This will increase consumer confidence, which will no doubt end up in an increased amount of cannabis customers moving from the illegal to legal marketplace. As long as people can see the journey from seed-to-sale, the quality, safety and consistency of legal cannabis will speak for itself.

There is another additional benefit of blockchain. At least in the U.S., cannabis is a cash only business. This is because the product remains illegal at a federal level, as well as in more than half of U.S. states and territories. Cannabis businesses cannot use banks insured by the federal banking regulator, the FDIC, due to the risk that the funds will be seized or lost without reimbursement.

As a result, legal cannabis transactions are increasingly being conducted with blockchain-backed cryptocurrency, such as Bitcoin, or marijuana-specific cryptocurrency.

What do you think of the integration of blockchain into the legal cannabis industry? Will it solve the woes that current legal cannabis companies are experiencing? Engineering360 would love to hear your opinions in the comments below!