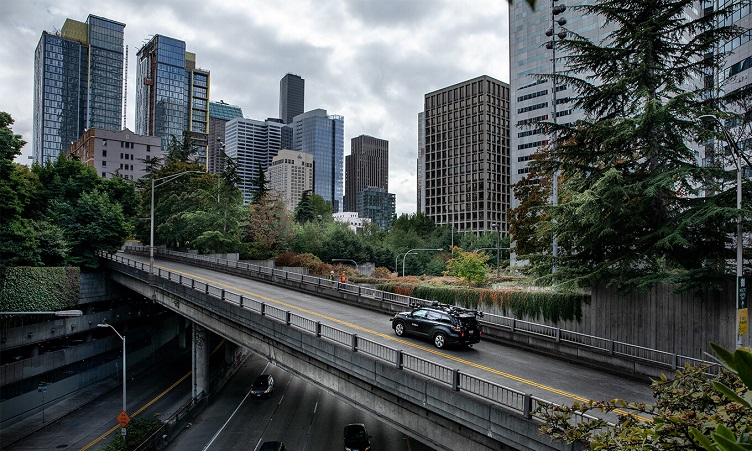 A Toyota Highlander that will be used in testing autonomous functions in Seattle. Source: Zoox

Zoox, the self-driving car startup backed by Amazon Inc., will begin testing its autonomous vehicles in Seattle to see how the cars hold up to rainy weather, narrow tunnels and one-way streets.

Zoox has already been testing its vehicles in San Francisco and Foster City, California, and Las Vegas over the past four years.

The tests will give the vehicles and artificial intelligence a chance to experience new challenges that the vehicles haven’t experienced in the drier climates. Zoox said this will help to update its hardware and software for future use.

Because it rains more frequently in Seattle than it does in Las Vegas or the Bay Area, human drivers would need to rely on windshield wipers and defrosters to drive safely in bad weather. As such, the autonomous vehicles have sensors to remove water and debris and to be aware of its environment.

Zoox will open an office in the Seattle area in 2022 and will deploy a small number of its Level 3 autonomous vehicles to get the lay of the land. The all-wheel drive Toyota Highlanders will be outfitted with a software stack and safety driver to take control if needed. The sensors will build a picture of the vehicle’s surroundings, and the testing will help to improve how the system works under these conditions, which are more akin to real world than driving under normal weather conditions.

The vehicles will collect data in Seattle for calibration, localization and mapping simultaneously (CLAMS) and Zoox’s Road Network (ZRN) teams that will create a 3D map of the city and populate it with road features such as bike lanes, speed limits, traffic lights and more.

Level 5 autonomy vehicles will eventually be deployed in the city for further testing.