Winter self-driving pilot to start in Finland in 2022 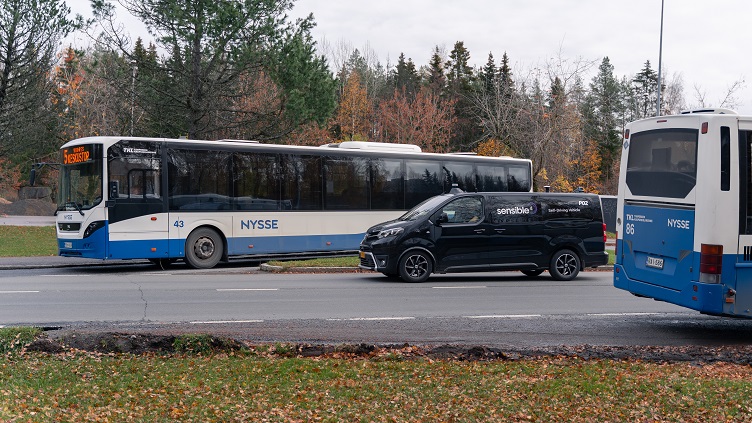 A Toyota Proace minibus that will be part of the winter project in Finland to test how autonomous systems perform in snowy and cold conditions. Source: Sensible4

A public transportation self-driving car pilot is set to begin in early 2022 involving two autonomous Toyota vehicles in the city of Tampere in Finland.

The goal of the project is to gather feedback on how autonomous vehicles work as part of the public transportation in Tampere, which experiences cold, snowy and dark winter conditions.

The two Toyota Proace minibuses will be automated by self-driving technology company Sensible 4 and will work as feeder traffic for the first tramline in the city. The pilot will take place in the Hervanta suburb, known as the university campus area and science hub of the city.

“The upcoming pilot in Tampere is an excellent real-life example of a transportation service that will eventually improve people’s lives in the suburban areas, decrease the need for privately owned cars, and help with the lack of professional drivers,” said Jussi Suomela, CBO and co-founder of Sensible 4. “We see shared, electric and driverless mobility as a huge improvement in sustainability of transportation. It's really making an impact on our cities."

The route is about 2.2 miles long and runs clockwise with 10 bus stops along the tram line. The pilot will also support the development and launch of Sensible 4’s Dawn, an all-weather, full-stack autonomous driving software, slated to be released next year.

Tampere is one of the biggest cities in Finland and is the most populous inland city in the Nordic countries. Tampere is working toward becoming a smart city and is a testbed for the urban transport of automated vehicles in suburban environment. A digital twin of the test area has also been established for the planning of new transportation services.

This is not the first autonomous project to be conducted in bad weather.

In fact, numerous projects are ongoing worldwide to see how self-driving cars perform in rainy and snowy conditions. Sensible 4 is also testing how public transportation service can be used in snow, ice, sleet and more, north of the Arctic Circle with Norway’s Mobility Focus.

Just this week, Zoox, a startup backed by Amazon, announced it would begin testing in Seattle to see how autonomous vehicles perform in the rainy conditions the city is known for.

Russian developer Yandex said this year it has performed more than 6 million miles of autonomous road testing in bad weather in Moscow, Russia.