Nordic companies to launch self-driving pilot in the Arctic Circle 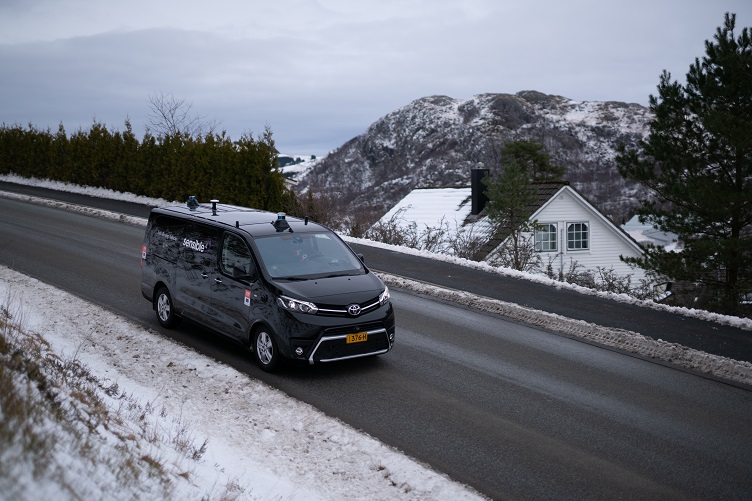 Fully electric Toyota Proaces will serve as the vehicles that will be tested in the winter months of Bodø, Norway to test how the self-driving cars work in challenging conditions. Source: Sensible 4

The extensive pilot will be one of the largest ever to put self-driving cars in challenging weather conditions such as snow, ice, sleet and more.

In February 2022, two custom-built, fully electric Toyota Proaces will be tested on the roads of Bodø in northern Norway. The service will be on public roads in mixed traffic along a 2.2 mile route through the city center and support the public transportation system.

“Self-driving fleet operation on public streets in urban areas is challenging for any autonomous technology,” said Harri Santamala, CEO of Sensible 4. “Doing it in a city located above the Arctic Circle is even more challenging.”

The self-driving service in Bodø will allow passengers to get on and off the autonomous shuttle bus from dedicated bus stops at the harbor, city center, parks and regional hospital, where a gap in public transportation service exists. The vehicles will operate autonomously but with a safety driver on board to take over operations if needed.

“The citizens of Bodø have long requested service to the public hospital,” said Linn Terese Lohne Marken, CEO of Mobility Forus. “We believe that the scheduled route will provide an attractive and practical alternative to private driving for the population in general.”

The goal will be to not just contribute to the public transportation solution, but to also solve traffic challenges in Bodø as well as reduce greenhouse gas emissions, the companies said.

February is the coldest month of the year in Bodø with changing winds, an average of 11 days of snow, seven days of rain and 6.5 hours of daylight.

“It is the first time in the world that a pilot project of autonomous technology is carried out on this scale in an Arctic climate,” Marken said. “Bodø is known for having three seasons in one day. If this works in Bodø, it works everywhere.”