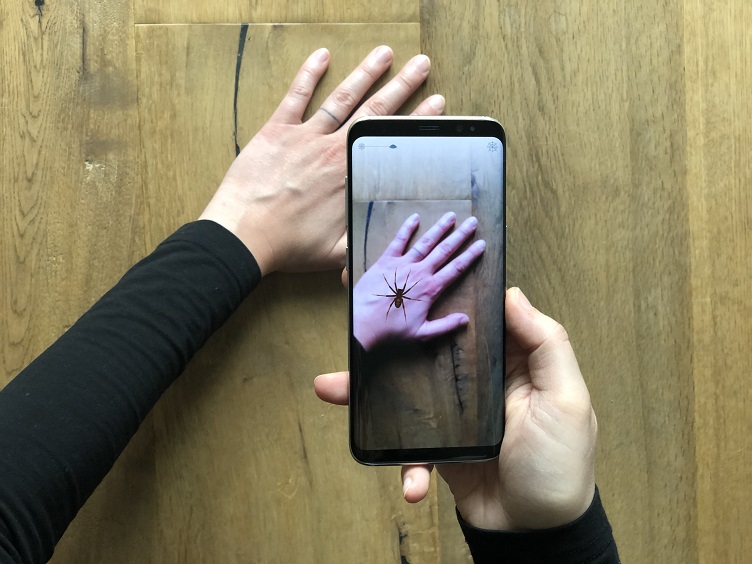 The Phobys app uses 3D spider models to help those suffering from a fear of the creatures whether it be mild or severe. Source: University of Basel.

No one likes spiders. But some people have a legitimate phobia of them that can become crippling.

Researchers from the University of Basel have developed a new augmented reality (AR) app called Phobys for smartphones to help those with a phobia of spiders to better deal with the creatures. Phobys is based on exposure therapy and uses 3D spider models that are projected into the real world.

The team said the app has already proven effective in a clinical trial with subjects experiencing less fear of real spiders after completing just a few training units with the app at home.

Fear of spiders can become so bad that people will avoid going outdoors, visiting zoos or other travel destinations, as well as excessively checking rooms or avoiding certain rooms altogether. One effective treatment is exposure therapy where patients are guided through exposure to situations they fear to break down the phobia.

“It’s easier for people with a fear of spiders to face a virtual spider than a real one,” said Anja Zimmer, a lead researcher in the app and platform.

In the study, the trial involved 66 subjects all suffering from a fear of spiders. Over two weeks, the participants completed six half hour training units with Phobys without intervention. Before and after the treatment, the subjects approached a real spider in a transparent box as closely as they could. The group then trained using Phobys and showed less fear and were even able to get closer to the spider in the transparent box.

Phobys offers nine different levels, each of which features virtual spiders and tasks that become more intensive and more difficult. Each level ends with an assessment of the participant's fear and disgust and the app decides if the user is ready to move to the next level or if they should repeat a step.

The Phobys app is available from the iTunes store and Android marketplaces and can treat those suffering from mild forms of spider phobias. In more serious cases, the app should be used with supervision from a professional.