Bioinspired micro-robots are being developed every day. Most recently, researchers from the University of Manchester are focusing on developing jumping robot spiders and swarms of robot bees. They hope to be one of the leaders in the development of micro-robots. 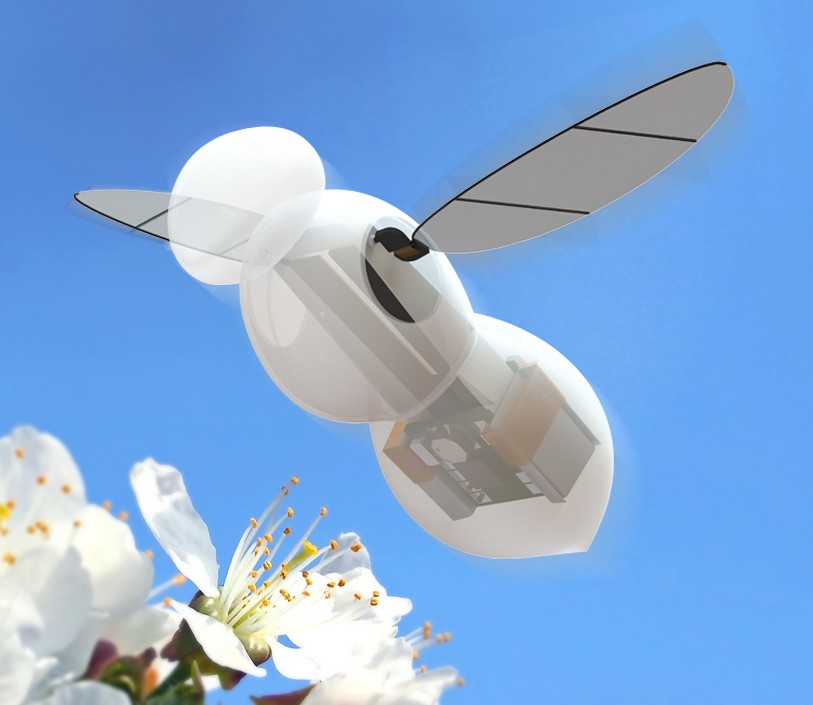 A rendition of the robotic bee being developed (University of Manchester)

I know, these robots seem like something a villain in a sci-fi movie would use to destroy the universe. But researchers think that there are many applications where they can be useful.

Dr. Nabaway, Microsystems Research Theme Leader at the University of Manchester’s School of Mechanical, Aerospace and Civil Engineering, said, “For our robotic spiders research we are looking at a specific species of jumping spider called Phidippus regius. We have trained it to jump different distances and heights, recording the spider's every movement in extreme detail through high-resolution cameras which can be slowed down. We are now using this biomechanical data to model robots that can perform with the same abilities. With this extensive dataset, we have already started developing prototype robots that can mimic these biomechanical movements and jump several centimeters.”

Jumping spiders are the inspiration behind these robots because spiders can jump up to six times longer than their body length without a running jump. From a standing start, the maximum humans can jump is one-and-a-half times longer than their body, so humans would not be the right inspiration for a jumping micro-robot. The researchers believe that using spiders for inspiration allows the jumping robots to be used for a variety of purposes from complex engineering and manufacturing to deploying them in areas that humans are unable to navigate.

Dr. Nabawy’s background in aerodynamics has inspired him to further develop microrobots that are inspired by bees’ flying ability.

“The ultimate aim is to create a robot bee that can fly independently and we're quite a long way into that project. But there are also many different opportunities for brilliant science and engineering outcomes along the way so it is a very exciting process. We're aiming to create the world's first robot bee that can fly unaided and unaccompanied," he said.

"These technologies can also be used for many different applications, including improving the current aerodynamic performances of aircraft. Or, imagine if the current trend of a declining bee population continues, swarms of robot bees pollinating crops and flowers could become a reality. Whilst this may sound like something out of a Transformers film this is our ultimate aim. But don't worry we are some way off swarms of flying mechanical bees and armies of mechanical spider robots.”

These new micro-robots have a lot of potential in many industries. Micro-robots are the future, and the University of Manchester researchers are hoping to take the lead in their development.