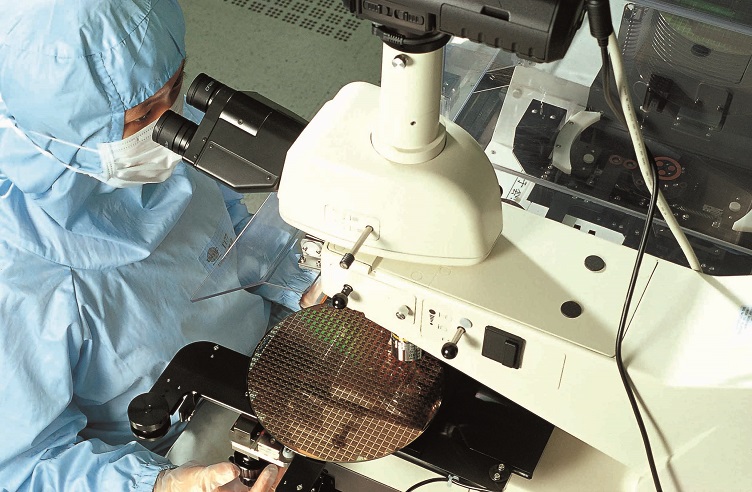 The Endless Frontier Act would fund research into AI, computing and advanced manufacturing in the U.S. Source: TSMC

The U.S. Senate this week introduced the Endless Frontier Act, a bill calling for the investment of more than $100 billion in science and technology initiatives to strengthen U.S. capabilities to develop key technologies including semiconductors.

The bipartisan legislation was introduced by Senators Chuck Schumer (D-New York) and Todd Young (R-Indiana) and a bipartisan group of co-sponsors. The focus of the bill would be to expand America’s leadership in three critical areas. First, it would fund research in areas such as artificial intelligence, high-performance computing and advanced manufacturing. Second, it would enhance U.S. competitiveness in these areas by improving education and attracting more students. Lastly, it would fund research and development to translate the federally funded technologies into processes and products to achieve national goals.

“Semiconductors are fundamental to America’s economy, national security and global competitiveness, and the country that leads in chip technology will have a big leg up in deploying the game-changing technologies of the future,” said John Neuffer, president and CEO of the Semiconductor Industry Association (SIA). “We applaud introduction of the Endless Frontier Act and thank its sponsors for their bipartisanship and leadership in promoting American innovation and competitiveness.”

The bill piggybacks on the CHIPS for America Act, which is part of the National Defense Authorization Act (NDAA) that calls for incentives for domestic semiconductor manufacturing and investments in chip research as well as providing funding for these provisions.

The SIA, which represents 98% of the U.S. semiconductor industry, said the share of semiconductor manufacturing in the U.S. has decreased from 37% in 1990 to 12% today and could fall even further without any intervention or funding. This decline is due to foreign countries offering substantial subsidies to global competitors to build new fabs. This comes as the U.S. accounted for the majority of semiconductor sales worldwide in 2020, capturing 55% of the total market.

It is forecast that the semiconductor market is slated to grow by 5% in the next decade due to increased usage of electronics in all industries — from automotive to consumer electronics to industry — leading to a boom in fab construction.

According to an SIA report, an investment of $50 billion for domestic semiconductor manufacturing would reverse the trajectory of declining chip production in America and create as many as 19 new semiconductor fabs leading to 70,000 high-paying jobs in the U.S. and about 350,000 indirect jobs over the next decade.

Congress recently sent a bipartisan letter to President Joe Biden, who has labeled semiconductors as a matter of national security, to fund the CHIPS Act. Biden called for $50 billion to fund the act for bolstering domestic U.S. chip making and research initiatives.

“Semiconductors are the bedrock of our digital world, and the Endless Frontier Act will help ensure that critical technologies powered by chips will continue to spur innovation, create jobs, and drive economic growth,” said Ajit Manocha, president and CEO of SEMI. “At a time when the impacts of supply chain disruptions are creating headaches in many corners of the U.S. economy, we applaud the introduction of this timely legislation.”

Fab construction is already on the rise in the U.S. as Samsung is planning a significant investment in Texas for a new facility, foundry leader Taiwan Semiconductor Manufacturing Corp. has pledged some $35 billion to construct a gigafab in Arizona and Intel recently said it would build two new fabs at its Ocotillo campus in Chandler, Arizona, as well as create a new foundry business to support U.S. and European fabless companies.