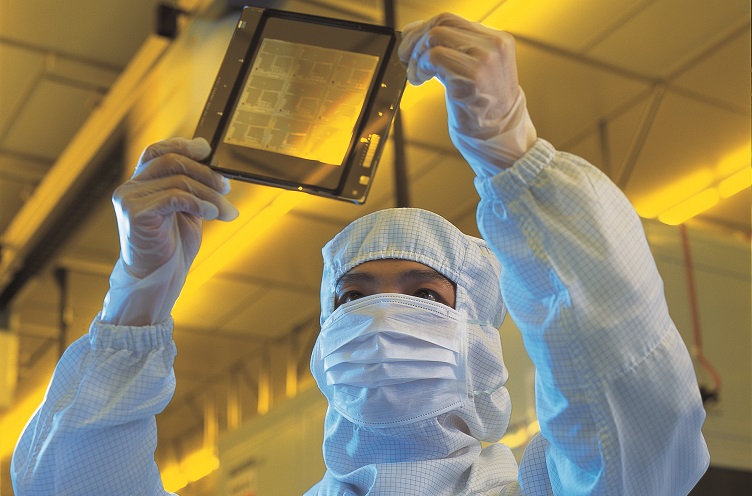 TSMC will use the funding to support manufacturing and R&D of advanced semiconductors for the next three years. Source: TSMC

Taiwan Semiconductor Manufacturing Corp. (TSMC) plans to increase its manufacturing capacity over the next three years investing some $100 billion.

The move comes at a time when the semiconductor industry is currently struggling with shortages because of the COVID-19 pandemic, particularly in the automotive chip sector, which may last all year. Additionally, over the next decade a 5% increase in semiconductor manufacturing is forecasted, which would lead to a boom in fab construction.

TSMC has already committed to building a gigafab in Arizona to help further capacity expansion as well as improve U.S. domestic semiconductor manufacturing. TSMC said it will invest $35 billion in the Arizona fab with production slated to begin in 2024 and that it would be capable of producing 20,000 300 mm semiconductor wafers per month.

TSMC is currently the leading advanced foundry building semiconductors for a variety of companies including giants such as Apple, AMD, Broadcom, MediaTek, Nvidia and Qualcomm. When COVID-19 hit and the supply chain was impacted in the first half of 2020, manufacturers waivered on commitment to capacity given the uncertain situation. As foundries switched production capacity to other areas, by the time the recovery was certain, there was not enough capacity left for all sectors of the electronics industry, resulting in shortages.

“TSMC expects to invest $100 billion over the next three years to increase capacity to support the manufacturing and R&D of advanced semiconductor technologies,” the company said in a statement. “TSMC is working closely with our customers to address their needs in a sustainable manner.”

TSMC’s fabs have been running at more than 100% utilization for the past 12 months but demand is still outpacing supply, according to a letter obtained by Bloomberg. Currently, TSMC is building multiple new factories to meet demand and the company plans to suspend wafer price reductions for a year from the start of 2022.

However, chips are not made overnight. Even if a fab has capacity, it takes months to ramp up production. In terms of the automotive chip shortage, foundries are expediating automotive chip production, yet this is not freeing up capacity but juggling priorities. Meaning, it is a short-term solution that is still not meeting demand, said Phil Amsrud, senior principal analyst for automotive at IHS Markit.

“Specifically, in MCUs, the lead time got pushed out and a typical lead time went from 6 weeks to 30+ weeks — which means you are going to be in this mode for the next couple of quarters and if there aren’t any surprises,” Amsrud said. However, the winter storm that impacted Texas was a surprise impacting supply chains in other markets. And while it did not directly affect the automotive chip market, the pressure from all the supply chains being affected indirectly impacted automotive chips as well.

Because the world is becoming more chip heavy, chip demand is not likely to decrease any time soon. And because of the supply chain issues from COVID-19, U.S.-based companies, organizations and the U.S. government are calling on expanding domestic manufacturing to prevent future issues or at least lessen the blow.

The TSMC fab in Arizona will help in this endeavor but that won’t help the immediate impact and that is why the Biden Administration issued an executive order in February to investigate the problems with semiconductor capacity and develop ways to help.

Intel, the largest semiconductor manufacturer in the U.S., said it would invest $20 billion in two new fabs at its Ocotillo campus in Chandler, Arizona. The company also said it would start a foundry business model that will provide chip manufacturing to fabless companies in the U.S. and Europe.