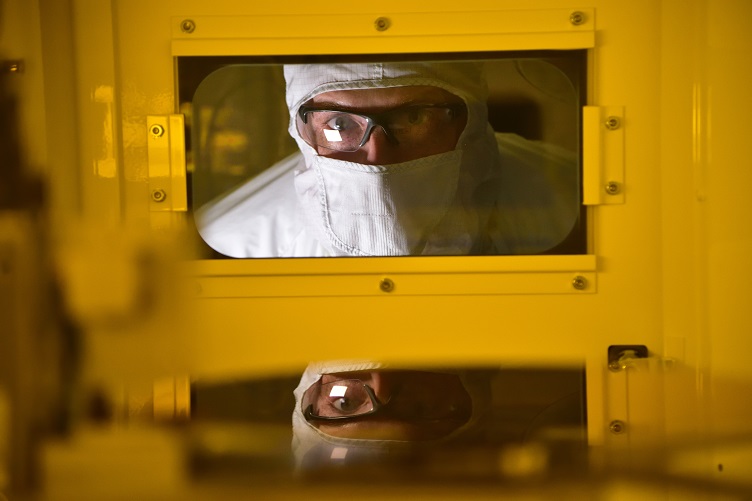 An Intel lab technician works in a fab developing semiconductors. The company’s CEO will attend a meeting to determine how to help with current supply chain issues. Source: Intel

According to Reuters, Pat Gelsinger, CEO of Intel Corp., will attend the meeting virtually to discuss ways to help automotive factories meet demand for chips. Currently, the automotive semiconductor industry is under extreme pressure thanks to an ongoing chip shortage caused by supply chain issues due to COVID-19. The shortage could last the entire year if capacity for automotive semiconductors is not increased.

National Security Advisor Jack Sullivan and top economic aide Brian Deese will attend the meeting along with other chipmakers and automakers. The meeting is scheduled to take place April 12.

The move comes as the Alliance for Auto Innovation, a U.S. automotive industry group, called on the government to help with the automotive shortage that could result in 1.28 million fewer vehicles built this year and disrupt production for another six months into 2022. The group said the U.S. Commerce Department should dedicate a portion of funding to expand U.S. semiconductor production to auto sector needs.

Leading foundry Taiwan Semiconductor Manufacturing Corp. (TSMC) in January decided to expediate its wafer fabs to produce more chips saying in a statement: “While our capacity is fully utilized with demand from every sector, TSMC is reallocating our wafer capacity to support the worldwide automotive industry.” However, most industry analysts view this as a short-term solution where TSMC is not freeing up capacity but rather juggling priorities.

Last week, the Biden Administration called for $50 billion in funding to support the U.S. chip industry as part of Biden’s $2 trillion infrastructure plan. In February, the Biden Administration issued an executive order to review the semiconductor supply chain to find ways to improve the situation and help with the future of domestic American manufacturing capabilities. The executive order will launch a 100-day review of supply chains for four critical products: semiconductor chips, advanced batteries for electric vehicles, rare-Earth minerals and pharmaceuticals.

Intel being invited is necessary given the company is the largest semiconductor firm in the U.S. and last month said it planned to invest $20 billion to build two new fabs in Arizona and start a foundry service to build chips for other U.S. and European firms.

The root cause of the automotive shortage is the COVID-19 pandemic, which turned the world upside down. Not only were consumers and workers required to stay at home, but this caused numerous companies to cut back or stop production temporarily. When this happened, consumer electronics, computer and automotive vendors all cut demand due to the uncertainty of the situation.

Recovery happened outside of the automotive market first with consumer and compute markets recovering thanks to the holiday selling season in the fourth quarter, which is generally not a huge production period for the automotive market. Automotive OEMs were more conscious than consumer vendors and wanted to make sure demand was back before orders were sent to the supply chain.

When the automotive suppliers surprisingly saw demand return in the fourth quarter of 2020 and put orders back into the supply chain, semiconductor manufacturers were already busy producing consumer electronics and other parts and no capacity was available, which caused the shortage. Specifically, automotive microprocessor lead times were pushed to a whopping 30+ weeks, which means that this shortage is bound to last at least a few quarters.