Jaguar to be all-electric beginning in 2025 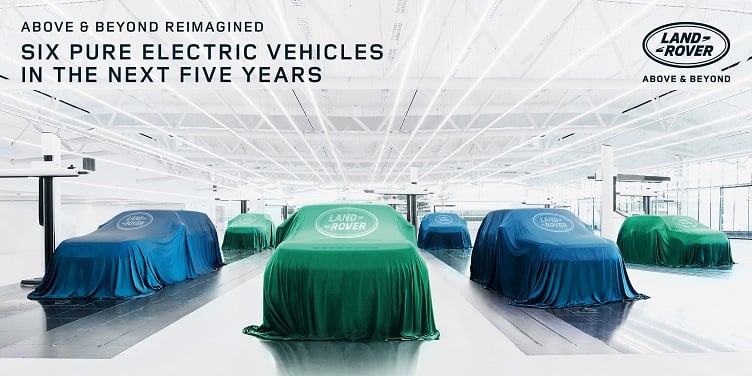 Beginning in 2025, Jaguar will be an all-electric luxury brand furthering the trend of automotive OEMs moving quickly to adopt the next generation of vehicles.

In the next five years, Land Rover, which is part of the Jaguar brand, will bring to market six pure electric variants. All Jaguar and Land Rover nameplates will be available in pure electric form by the end of the decade with the first electric Land Rover model in 2024.

Jaguar said it aims to be net zero carbon emissions across the supply chain, products and operations by 2039.

Jaguar’s move to transition to being an electric-first business is like other moves being made by automotive OEMs in the first few months of 2021. The move to electrification began once the Biden Administration vowed to replace the entire U.S. federal fleet with electric models. The move was followed by GM’s plans to phase out gas- and diesel-powered cars by 2035 and plans to become carbon neutral by 2040.

Ford followed with plans to invest at least $22 billion in electrification through 2025, almost twice as much as it previously committed. Daimler is also moving forward with its plans to become carbon neutral by accelerating its plans to transition to electric fleets.

While electrification will be the focus for Jaguar, the company said it will not limit itself to only pure electric vehicles. The company is also preparing for the expected adoption of clean fuel-cell power in line with hydrogen-based engines and development is already underway with prototypes arriving in the U.K. in the next 12 months as part of the long-term investment in the technology, Jaguar said.