Will a lack of mmWave support hurt MediaTek’s new chipsets? 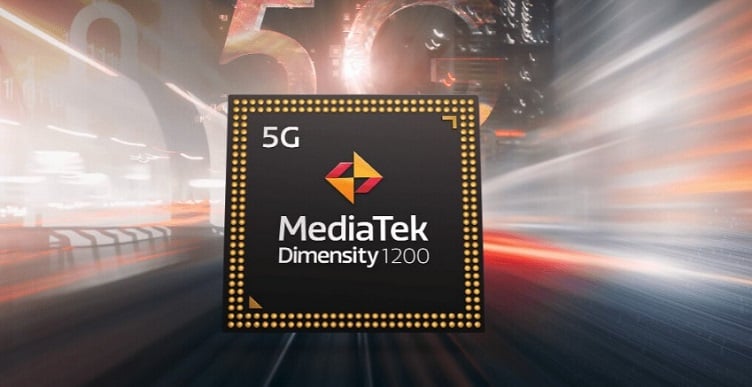 The Dimensity line gives smartphone makers a choice in chipsets but a lack of future proofing may hurt adoption. Source: MediaTek

While the Dimensity 1200 and Dimensity 110 chipsets will give OEMs more choice in chipset options —adding competition to Qualcomm — and features they can add to smartphones, a lack of millimeter wave (mmWave) support may hinder adoption.

“The list of Chinese OEMs namechecked that are ready to support the new chipsets, and the effects of an ongoing U.S.-China trade war ensures that MediaTek can enhance its competitiveness and grow volume in the high-end to mid-tier smartphone sectors,” said David McQueen, research director at ABI Research. “However, using the company’s M70 modem means that these chipsets do not yet come packed with mmWave, which may limit device acceptance in other major global markets in the short term, notably the U.S. and Japan.”

OEMs already pledging to use the new Dimensity chipsets include Chinese vendors Xiaomi, Vivo, Oppo and realme, with devices expected to begin shipping by the end of the first quarter or early second quarter. Given the push by some smartphone manufacturers to include both sub-6 GHz and mmWave capabilities in one phone to broaden the use by telecoms — such as the recently introduced Samsung Galaxy S21 series — it is unclear if other brands will utilize the chipset.

One of the main pushes for the 5G ecosystem in 2021 is to lower the overall price of 5G smartphones on the market to encourage users to adopt the technology. When 5G phones were initially introduced in 2019 and through the early part of 2020, they were priced above $1,000 — out of the range of most customers and appealing to more early adopters.

However, as 2020 continued, deployment of 5G networks, smartphone average selling prices (ASPs) dropped and by July ASPs were down to $730, including some phones below that mark from Samsung and others. ABI Research forecasts that by 2022, more than 60% of the roughly 550 million 5G smartphones shipped will be priced below $600.

The shift to lower priced phones will be accomplished by cheaper components and more affordable 5G chipsets such as the new Dimensity series by MediaTek.

McQueen said with improvements to camera, screen and AI features, the new Dimensity chipsets will stack up well against Qualcomm offerings and will garner support for new flagship smartphones and mid-range phones from Chinese device makers.

“In a market that has so far dominated by a single chipset supplier, OEMs will undoubtedly welcome MediaTek as a second supplier to be able to diversify their component procurements and avoid chipset supply lock-ins,” McQueen said.

The Dimensity chipsets are built on Taiwan Semiconductor Manufacturing Corp.’s (TSMC) 6 nm manufacturing process and are built to support every connectivity generation from 2G to 5G as well as 5G standalone (SA) and non-standalone architectures (NSA), MediaTek said.

SA 5G uses new infrastructure put in place specifically to run 5G networks allowing smart devices and other potential use cases to take advantage of the high download speed, high bandwidth and low latency that the technology affords. Non-standalone (NSA) 5G technology, which has been the bulk of the 5G networks deployed worldwide, uses 4G infrastructure already in place and piggybacks on the 5G signal through this equipment. Because 4G infrastructure is already installed globally, the NSA equipment is more plentiful than SA 5G equipment currently installed worldwide. However, SA infrastructure is growing in deployment.