Drones and robots being used to fight the coronavirus 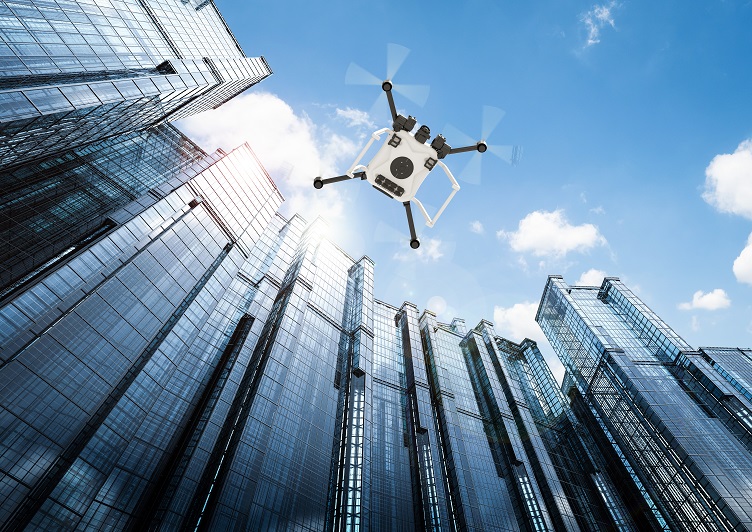 Drones are being used to spray disinfectant on city streets to fight the coronavirus. Source: AdobeStock

In order to prevent the spread of the coronavirus currently impacting China and spreading across the globe, governments are turning to technology such as drones that can spray cities with disinfectant to fight the disease.

According to Worldometer, which is tracking the spread of the coronavirus, more than 43,000 cases of the virus have been identified resulting in more than 1,000 deaths, most of these happening inside China.

One of the largest drone manufacturers in the world, China-based DJI has been helping the government since the initial coronavirus outbreak using its agricultural spraying drones to disinfect main streets in Baofend, Henan, Chongzhou, Chengdu, Liaocheng, Shandong and Changde in order to kill the virus.

A DJI spokesman confirmed that the company is working with local municipalities in China to disinfect a total of 400 million square meters, servicing more than 1,000 villages and cities. The focus of the project is to provide virus killing services to factories, communities, hospitals, isolation points, schools and other areas. The drones reduce manpower and can perform full coverage, three-dimensional work in a shorter amount of time than it would take humans to do the same task. 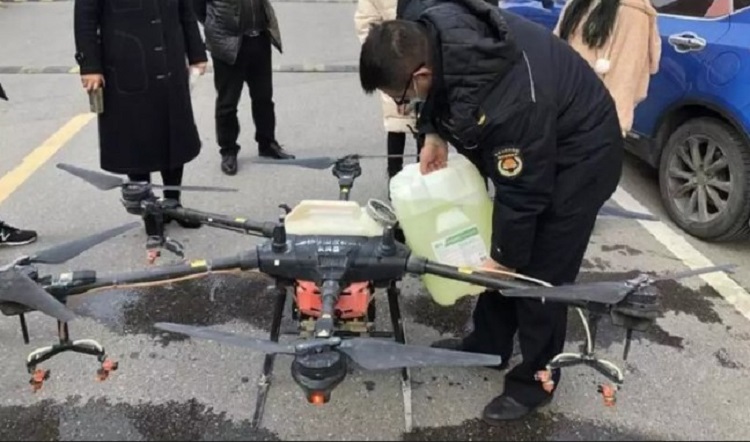 DJI is using agriculture drones to spray high traffic areas in the city to kill the coronavirus. Source: DJI

DJI said it is using the Phantom 4 RTK for surveying, mapping and operation planning combined with the T20 plant protection drone for autonomous spraying.

Additionally, DJI has donated about $1.4 million to help fight the epidemic in China, the DJI spokesman said.

The use of drones to kill the disease in the air and on the surface of city streets is one way governments are combating the coronavirus. But tackling the virus in places where drones cannot reach is being accomplished via robots.

The first person diagnosed with the coronavirus in the U.S. was treated by humans as well as a robot that was equipped with a stethoscope to help take the patient’s vitals and communicate with them through a larger screen. Another robot in Hangzhou, China, was being used to communicate with more than 300 quarantined people suspected of having the coronavirus. The robot checked on guests and delivered food to their bedrooms as well. Multiple robots are being used in the 16-story hotel to deliver food to the people held there.

Another autonomous delivery robot is being used in a hospital in Guangzhou City to transport drugs around the facility in order to reduce the risk of clinical staff getting infected and spreading it further in the hospital.

A robot developed by Dimer UVC Innovations was created in order to improve airplane hygiene using ultraviolet light to kill viruses, bacteria and other bugs on surfaces and in the air. The GermFalcon robot is being used to help cleanse airplanes of the coronavirus as well as other diseases as travelers are said to be responsible for the outbreak spreading to numerous other countries. The coronavirus is known to survive on surfaces for up to 28 days, especially in low-humidity environments such as airplanes. 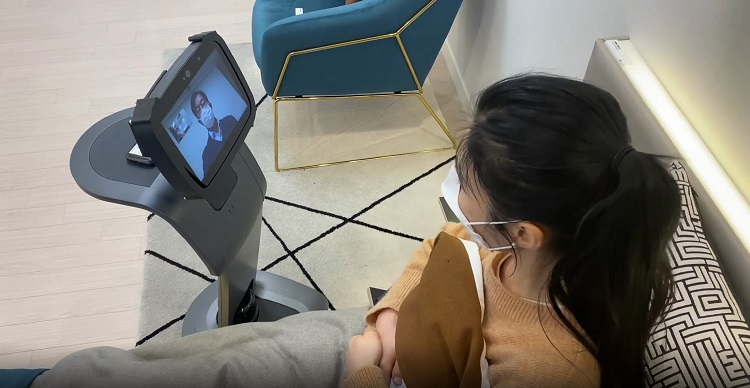 Robots such as this Hyulim is being used to separate coronavirus victims from healthy doctors. Source: Hyulim Robots

Hyulim Robots is researching a coronavirus protection care solution to help prevent the spread of viruses, offering fever self-diagnosis, video calls between patients and medical staff and meal and medicine delivery. The thermal camera inside the robot allows the public to self-diagnose and also allows quarantined staff to check any infected person in real time and respond to an emergency. With food and medical deliveries, the robot minimizes the time medical staff must spend with infected people, reducing the risk of spreading the contagion. Another robot being used for similar applications is Aethon’s TUG robot, which autonomously carries medical supplies in hospitals.

With no signs of the coronavirus slowing down, using robots to prevent infection risks to hospital staff and the population will likely increase in other areas of the world to help contain the spread. While the severity of the outbreak outside of China has been minimal, if other regions become highly contaminated, the use of drones to kill the virus may become commonplace worldwide.