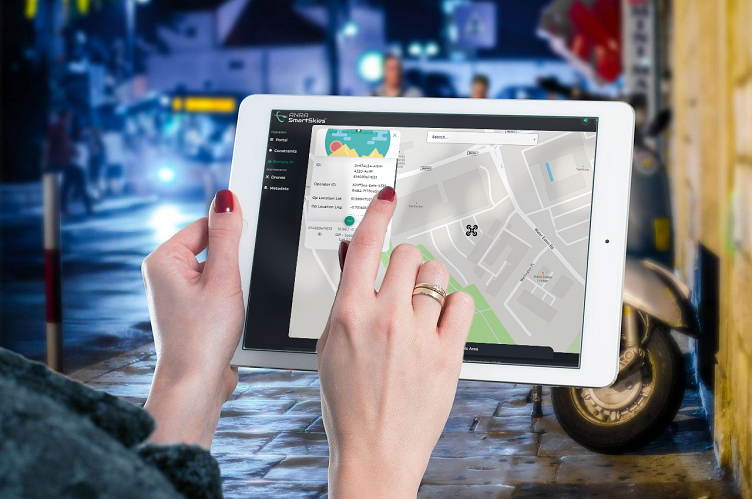 Drone safety is one of the main concerns among governments due to increased incursions involving the devices flying into restricted airspace worldwide.

Government regulations have been developed to prevent drones from flying into airports or over military bases or other sensitive areas, and drone countermeasures have been created to deter these devices from entering restricted airspace.

Yet, more technology is needed to identify drone operators to apprehend offenders. ANRA is working on such technology in a partnership with the Swiss Federal Office of Civil Aviation (FOCA) and Swiss U-Space Implementation (SUSI) to remotely identify drones in Switzerland.

ANRA’s SmartSkies DroneID allows levels of access to drone information based on user permissions. It allows public safety crews and the public to identify drones operating and provides the drone registration number and mission information. Additional details can be given upon request.

ANRA said the technology protects privacy while also ensuring the safety and compliance of drone operations. Additionally, the SmartSkies technology helps prevent collisions between aircraft operating within the same airspace and will work anywhere in Switzerland.

The DroneID technology is being deployed as part of Switzerland’s nationwide cloud-based network remote identification (NET-RID) service implemented by SUSI.

Remote ID has become a popular issue after repeated flights of drones caused issues globally, In 2018, a significant drone misadventure grounded flights at Gatwick airport in the U.K., affecting the travel plans of about 110,000 passengers. In January 2019, drone sightings near New Jersey’s Newark Liberty International Airport disrupted flights both in and out of the airport. With other incidents continuing to crop up and airports taking aggressive actions against drones flying in their airspace, remote ID is being seen as a critical technology to prevent further interruptions or potential damage done.

In addition to working on remote ID, ANRA earlier this year joined a U.K. project to test beyond the visual line of sight (BVLOS) technology to provide temporary danger areas (TDA) in the country to separate airspace between BVLOS operations and other airspace users. The more TDAs that are created, the more safety risks are increased because of the multiple aircraft and areas allowing these operations. The project is aimed at providing an operating environment without the need for a TDA.