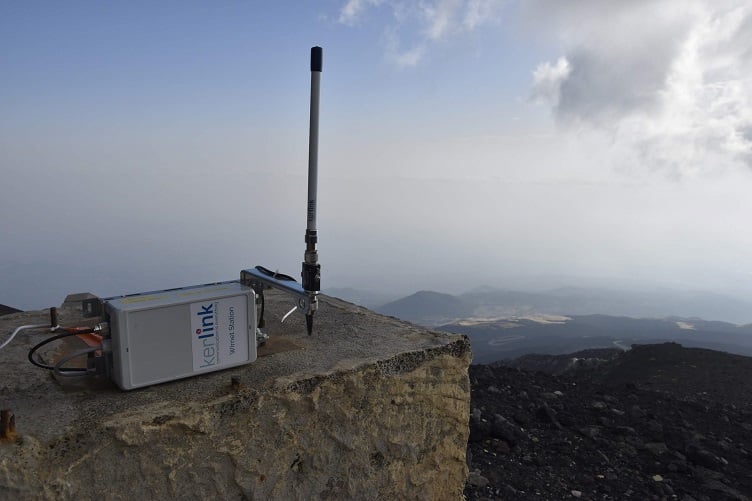 The Wirnet gateway as part of a radon-sensing project on Europe’s most active volcano, Mount Etna. Source: Kerlink

Kerlink Group, an internet of things (IoT) connectivity provider, has installed its Wirenet gateway as part of a radon-sensing project on Europe’s most active volcano, Mount Etna.

The Wirenet station at the Etna site collects data from low-power wide-area network (LoRaWAN) technology nodes connected to radon and meteorological sensors and transmits the information through embedded 3G backhaul to a LoRa server at Clermont-Ferrand in the French National Institute of Nuclear and Particle Physics, which is some 1,200 kilometers away.

“The radon sensors that send their data in near-real time, year-round, to the LoRaWAN server in Clermont-Ferrand give volcanologists an unprecedented picture of what is happening at Etna,” said Laurent Royer of Laboratoire de Physique de Clermont.

The autonomous radon sensor system remotely and continuously measures radon in plumes of volcanic gas. The system also measures radon emissions near the top of the volcano, an area that was previously out of reach for soil samples in the winter because it was 3,300 meters high.

Kerlink said the project is an example of how LoRaWAN technology is enabling multiple IoT projects in challenging and demanding environments and helping to improve scientific research.