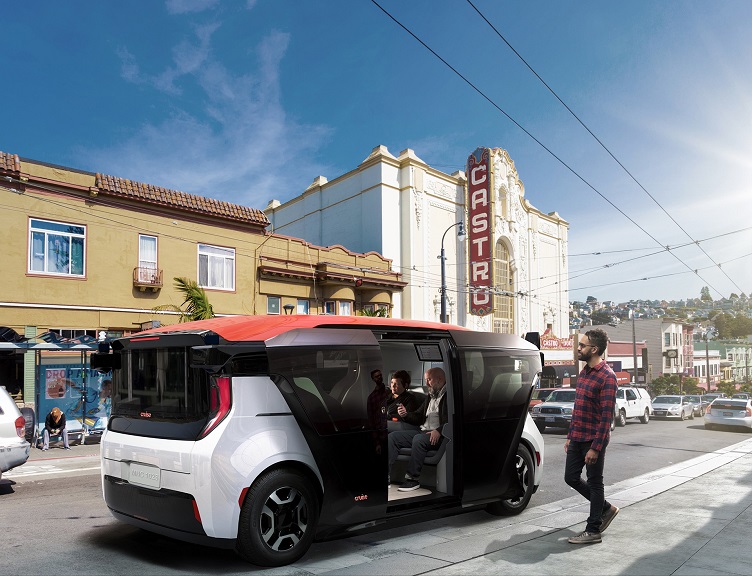 Called the Cruise Origin, the vehicle is more of a prototype than a product that will be rolling off the factory floor any time soon. The car is all-electric and while it appears large by current car standards, it is similar in size and has enough room for up to four people to ride along. Cruise said it plans on creating a nationwide ride-sharing service using cars such as the Cruise Origin.

Because the vehicle is autonomous, items necessary to support a driver are not included in the vehicle. Missing from the vehicle are the steering wheel, pedals, rearview mirrors, windshield wipers and cramped seats, offering up extra leg room for passengars. Additionally, the doors do not hinge outward but slide open in order to make it safer for nearby pedestrians or bikers passing by. Cruise said the Origin is low to the ground and wide enough for passengers to enter and exit the vehicle simultaneously.

The all-electric platform was built by GM with redundancy. It has no single points of failure across sensing, compute, networking or power as there is no backup human driver. It features a multi-layered sensor suite designed to track multiple people and objects even in pitch-black or heavy rain conditions, the company said.

The design of the Cruise Origin is also modular, meaning that it can be changed or upgraded over time and a new fleet won’t roll out each time a new sensor or computer is exchanged. Modular prototypes have been under development for the past couple of years in the form of prototype cars that could one day be used for ride-sharing, cargo transport or even as mobile food kiosks or mobile stores.

Cruise said most cars sit parked about 95% of the time, but Cruise Origins will be in motion most of the time, working 10 times harder than an average car. Because the car is modular, Cruise said it will have a lifespan of more than 1 million miles. Cruise envisions these vehicles helping to solve parking lot issues as well as reducing the number of cars being scrapped after use.