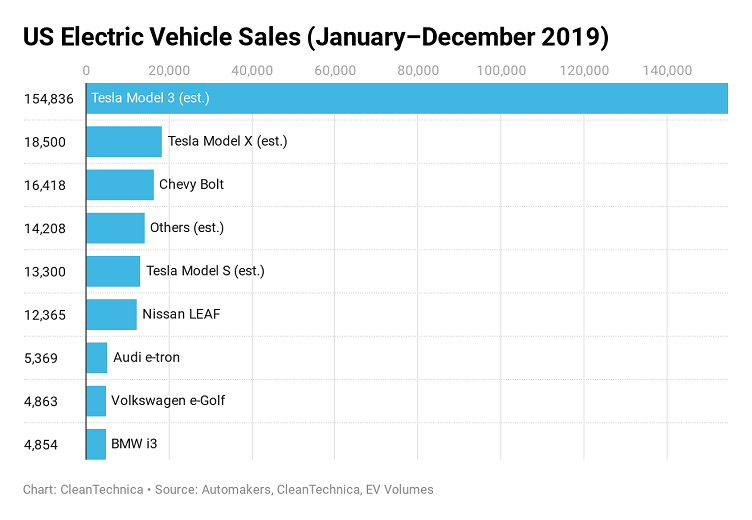 Electric vehicle sales for the full year of 2019. Source: CleanTechnica

Tesla was far and away the largest electric vehicle (EV) supplier in the U.S. with more than 150,000 sales.

The next best non-Tesla on the market was the Chevy Bolt with 16,417 sales, followed by the Nissan Leaf with 12,365 sales, according to new research from Clean Technica.

According to CleanTechnica, this means that for every three EVs sold in the U.S., two of these sales were Tesla Model 3 vehicles.

In 2020, the market will get more crowded with a new Tesla likely to come out in the Model Y, the Volkswagen ID Crozz and the Ford Mustang Mach-E as well as potentially new EVs from other automotive OEMs such as Toyota and Subaru, Honda and Volvo. There may also be new EVs coming from upstart companies like Fisker, Byton, Lucid Motors, Rivan and Sono Motors.