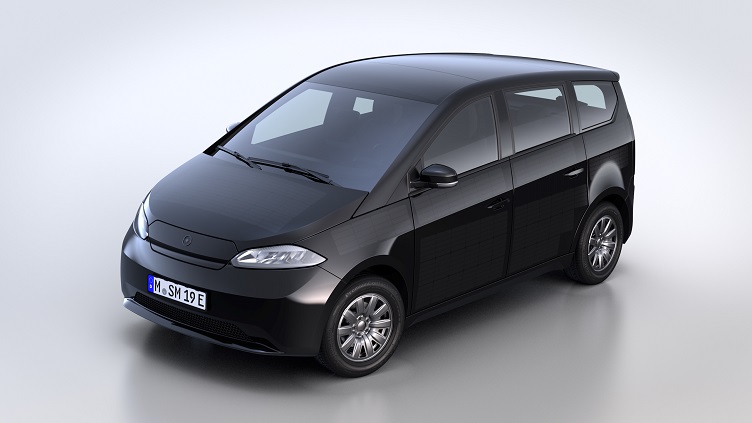 The solar panels integrated into the body of the Sion can give the EV 34 kilometers of additional range. Source: Sono Motors

German car startup Sono Motors has released the first images of its first production electric car that comes equipped with solar panels integrated into its body.

Sono Motors gave a glimpse of the Sion solar electric vehicle (SEV) last year and will begin production of the vehicle beginning in the second half of 2019.

The solar cells can generate up to 34 kilometers of additional range per day at peak performance. The cells will be embedded in hard-wearing, resilient polymer and contribute to the aesthetics of the Sion’s design including color matching, the company said.

Since unveiling the prototype of the Sion, the vehicle has become larger, longer and wider. The production version of the SEV will feature five doors, an additional side rear window for an all-round view and a combination of LED rear lights.

So far, the company has taken about 9,500 partially paid preorders for the Sion and Sono Motors is allowing those that pre-ordered the vehicle to select certain vehicle details through voting.

Sono Motors said in addition to the electric vehicle being a carbon-offset electric car, the company will offer integrated sharing services through an app that allows people to share rides in the Sion as well as energy, due to its bidirectional charging function.

The Sion is the first production vehicle, but Sono Motors plans to develop more vehicles based on the Sion platform including cars for urban mobility, logistics and last-mile transportation.