T-Mobile turns on 5G network in 6 US cities 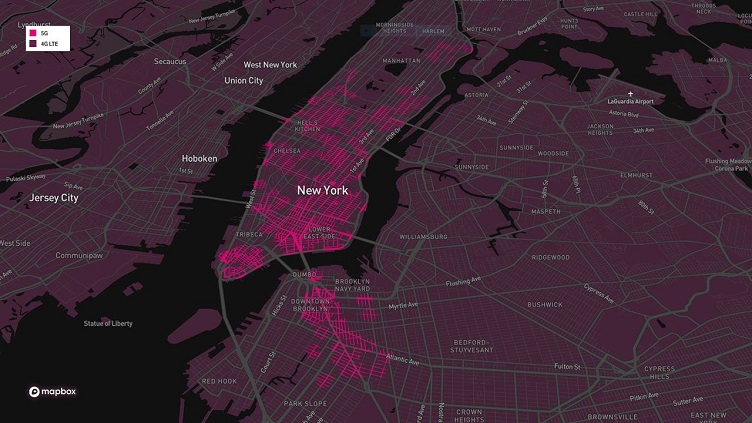 Another telecom carrier has officially joined the 5G race in the U.S. T-Mobile has made its 5G network live in six cities and is selling its first 5G smartphone to consumers.

T-Mobile has started selling the Samsung S10 5G, a device already sold by multiple carriers in multiple countries. The company will be selling the smartphone to New York, Los Angeles, Las Vegas, Dallas, Cleveland and Atlanta.

Two other telecoms in the U.S. have launch 5G coverage. Verizon was the first provider, launching in two cities with a planned roll out of more than 30 by the end of the year. Sprint turned on its 5G network in May in four cities.

So far, T-Mobile's six cities is the largest U.S. coverage footprint, but Sprint is expected to roll out to five additional markets in the coming weeks, and AT&T is expected to deliver service to about 20 cities sometime this year.

Interestingly, T-Mobile released a new 5G coverage map that shows coverage in each city. The map shows the spotty nature of initial 5G availability. In New York, coverage seems to be heavily concentrated, while in Las Vegas and Dallas coverage is sparse.

The technology is in its infancy, but T-Mobile’s 5G map shows what has been a little-publicized fact -- early adopters will have a limited range of 5G coverage and ultra-fast connection speeds. That is, until new base stations are installed to expand coverage, which will happen later this year, but more so in 2020 and beyond.

Meanwhile, Vodafone has launched 5G services in Spain, debuting the country's first next-generation network in 15 cities, including Madrid and Barcelona.

Vodafone’s network uses equipment from both Ericsson and Huawei, operating on the 3.7 GHz band. Vodafone is planning to introduce 5G services in the U.K. later this year and recently acquired spectrum for 5G services to the tune of 90 MHz in the 3.6 GHz band and 40 MHz of 2,100 MHz in the Germany auction.

Vodafone said its 5G blueprint for Spain and the U.K. will open up a huge opportunity for investment and infrastructure growth in the coming years.