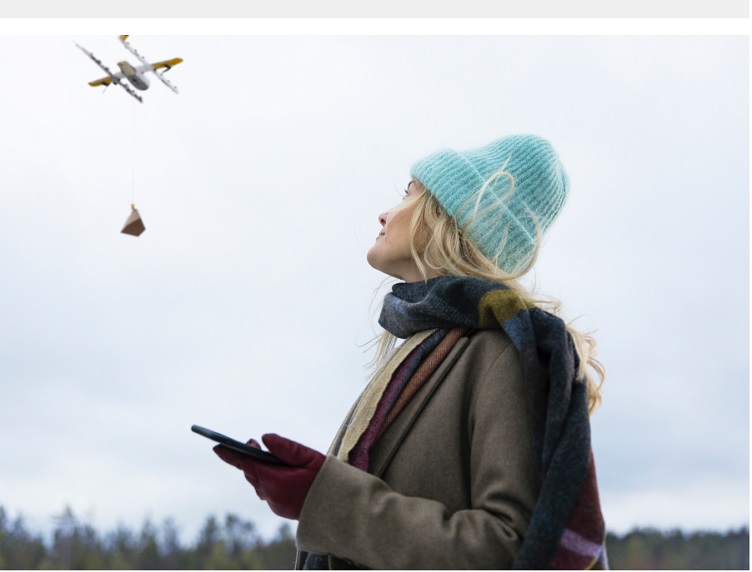 Wing is asking for ideas on what it should use it drones for delivery in Finland. Source: Wing

This past summer, Google’s parent company, Alphabet, graduated its drone division called Wing from just a project inside the X Moonshot factory into an independent business.

Now, the first fruits of this spin out will come to Finland with a drone delivery project that is slated for operation beginning in the spring of next year.

Drone delivery has grown substantially in recent months with numerous pilot projects coming online to explore the use of the aircraft as an alternative to last-mile logistics as well as open up a new form of goods delivery that wasn’t an option previously.

Wing said it chose Finland for the pilot project because the country is known for its early adoption of new technologies. The services will run in the Helsinki area of the country and Wing believes it will be able to use the drone anywhere in the area despite the wintry conditions.

The Wing drones run on electric power and are emission-free and have shown to have a total carbon footprint that is 22 times lower than traditional delivery. Part of the project will be used to expand the reach of products of local businesses to deliver their products to a larger base of customers than just having a brick-and-mortar shop, the company said.

As part of the project, Wing is asking consumers in Finland what they would like to get delivered via drones in a poll on its website. The delivery options include medicine, breakfast items, groceries, dinner or emergency items. Take a look at the poll by visiting Wing’s website.