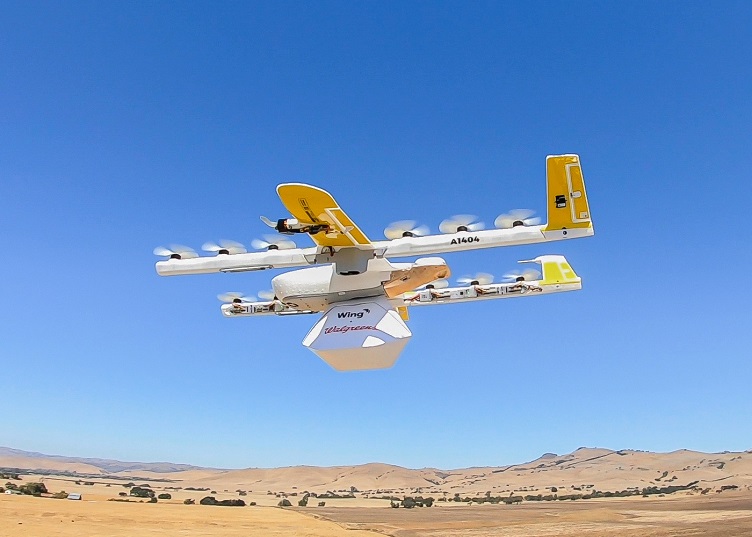 The drone that will be used during the testing for Walgreens and Wing. Source: Walgreens

Retail drug store chain Walgreens is partnering with Wing Aviation LLC, the drone arm of Google, to test new drones aimed at the delivery of goods such as medicine, food and beverage and other items.

Wing is one of the first drone makers to be certified as an air carrier by the Federal Aviation Administration (FAA) and will start offering drone delivery service as part of a pilot project to residents in Christiansburg, Virginia, in October. The service is just one of many that Wing is testing as the company also has ongoing projects in Australia and Finland, delivering food, coffee and healthcare items.

The pilot project in Virginia was selected because the company has been working with Virginia Tech to test how drones can accelerate the process of bringing healthcare products and food goods to consumers.

For Walgreens, the deal will help the company explore how new technologies can meet the needs of consumers that are changing due to busy schedules, lack of transportation or convenience.

Those consumers in Christiansburg that want to use the program will have access to more than 100 products and six packages of goods via the Wing app. These pre-built packages include categories such as allergy medications, baby, cough/cold, first aid, pain and kids’ snacks. While prescriptions are not yet available through the service, the option could be added in the future.

The move by Walgreens to begin testing drones for delivery continues a trend happening in the U.S. where larger companies are exploring the use of new technologies for consumer convenience. Amazon was one of the first companies to discuss using drones for potential deliveries and continues to test the technology. Meanwhile, UPS has sought to get approval from the FAA for its own service. Airbus has started its own project in Singapore for deliveries to ships in one of the country’s busiest ports. Delivery giant DHL is experimenting with its own delivery service in China using domestic aerospace vendor EHang’s Falcon drone. EHang has been testing not just drones but flying cars as well for the future of transportation.