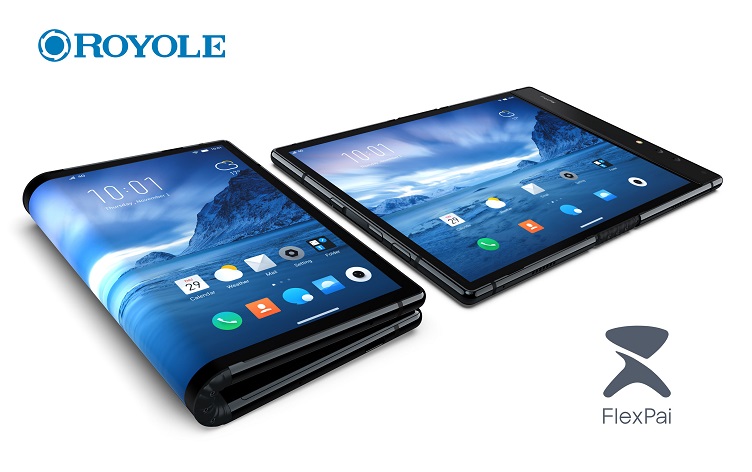 The FlexPai can be used as a smartphone in both folded and unfolded positions. Source: Royole

Royole Corp. has introduced what it claims is the world’s first commercial foldable smartphone — a combination of mobile phone and tablet with a flexible screen.

The smartphone can be used either folded or unfolded, allowing the device to be portable like a smartphone but with the screen size of a high-definition tablet, Royole said.

Called FlexPai, the smartphone supports split-screen mode and multi-tasking while unfolded as well as drag-and-drop across applications similar to PCs. The device automatically also adjusts screen sizes while either folded or unfolded.

When folded, FlexPai can support dual screens that can mutually interact with each other or independently use different interfaces without interfering with one another. Users get notifications on the edge screen side bar where calls, messages and other notifications can be managed and won’t disturb the primary or secondary screen, Royole said.

The foldable screen passed bending, twisting and tension tests to withstand being folded over 200,000 times at different angles and in different user scenarios such as taking photos, video watching, gaming and more, the company said.

Developer and consumer models of the FlexPai smartphone are available for pre-order now with shipping slated to begin in late December.