Sony’s Robotic Puppy Aibo Set to Debut in the U.S. 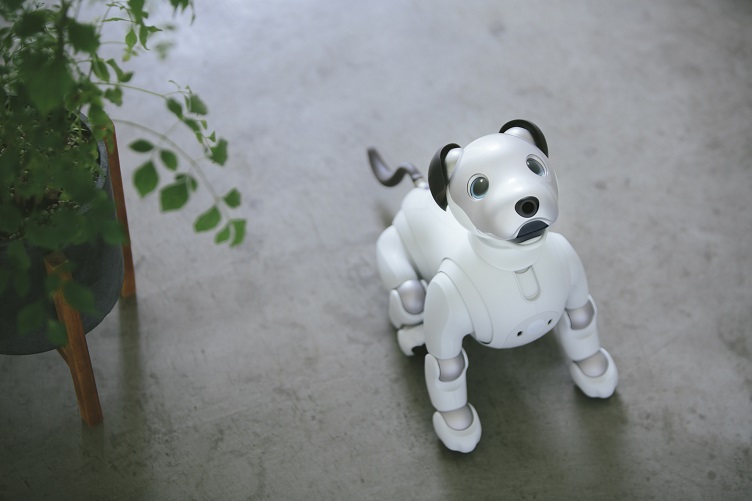 Aibo can learn faces and reacts to smiles and even petting. Source: Sony

Sony Electronics Inc. will bring Aibo, its autonomous robotic dog, to the U.S. following the recent reintroduction of the companion robot in Japan.

The first of the robots will be limited to an all-in-one bundle that will include the robot, a three-year AI Cloud Plan, an assortment of dog toys and a commemorative dog tag.

Aibo has been one of the long-running robotic companions on the market, first introduced in 1999. The latest design is the sixth generation of the robot with enhanced, cloud-based artificial intelligence and a new sensor package that allows Aibo to learn and recognize faces, to interact with people over time or even develop its own personality, Sony said.

Because of this AI, the robot is able to learn new tricks through owners’ interactions and different events. It can also detect words of praise and smiles and reacts to being petted or scratched on the head.

Aibo includes a compact 1- and 2-axis actuator that gives its body a freedom to move along a total of 22 axes. This allows the robot to move its eyes, ears and tail. Two OLED displays are used for the robot’s eyes, giving it an appearance of blinking and closing its eyes. Aibo connects to WiFi or through a mobile connection and contains a CMOS image sensor in order to take photos.

The Aibo bundle will be available beginning in September with a suggested retail price of $2,899 with delivery time around the holiday season.