Children are More Likely to be Influenced by Robots than Adults 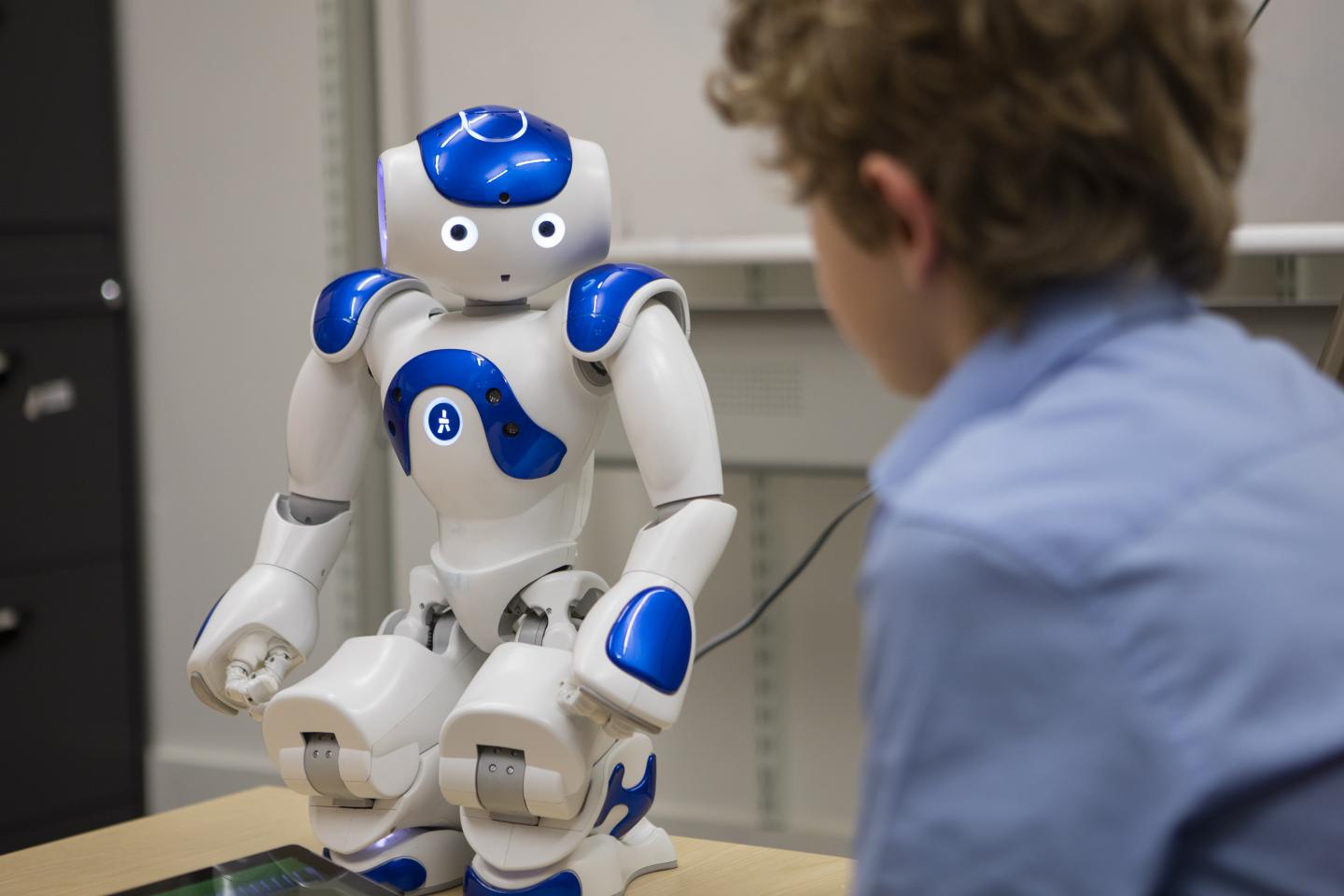 Children aged between seven and nine were more likely to give the same responses as the robots, even if they were obviously incorrect. (Source: University of Plymouth)

When the children were tested using the Asch paradigm, children scored 87% right. When a robot joined the children, the correct answer scores lowered to 75%, with 74% of the wrong answers matched to that of the robot.

This study provides proof that robots both positively and negatively influence young children and society.

"People often follow the opinions of others and we've known for a long time that it is hard to resist taking over views and opinions of people around us. We know this as conformity. But as robots will soon be found in the home and the workplace, we were wondering if people would conform to robots,” said professor in robotics Tony Belpaeme, from the University of Plymouth and Ghent University.

“What our results show is that adults do not conform to what the robots are saying. But when we did the experiment with children, they did. It shows children can perhaps have more of an affinity with robots than adults, which does pose the question: what if robots were to suggest, for example, what products to buy or what to think?"

The researchers plan to further explore the positive impact that robots could have in education and health settings. The team has already led a four-year program which proved that robots could help diabetic children accept and understand their condition. They are currently developing a robot that can support pre-schoolers whom are learning a second language as part of an "el tutor" (L2TOR) project.

"A future in which autonomous social robots are used as aids for education professionals or child therapists is not distant. In these applications, the robot is in a position in which the information provided can significantly affect the individuals they interact with. A discussion is required about whether protective measures, such as a regulatory framework, should be in place that minimise the risk to children during social child-robot interaction and what form they might take so as not to adversely affect the promising development of the field,” said the researchers.

The study was published in Science Robotics.