Virtual reality (VR) is promising for many fields, like fertility-related anxiety, training for drones, first responder training and more. Now researchers are turning their focus to developing VR for educational purposes. A recent University of Maryland study attempts to answer the question: would virtual reality help or hinder a person's memory? 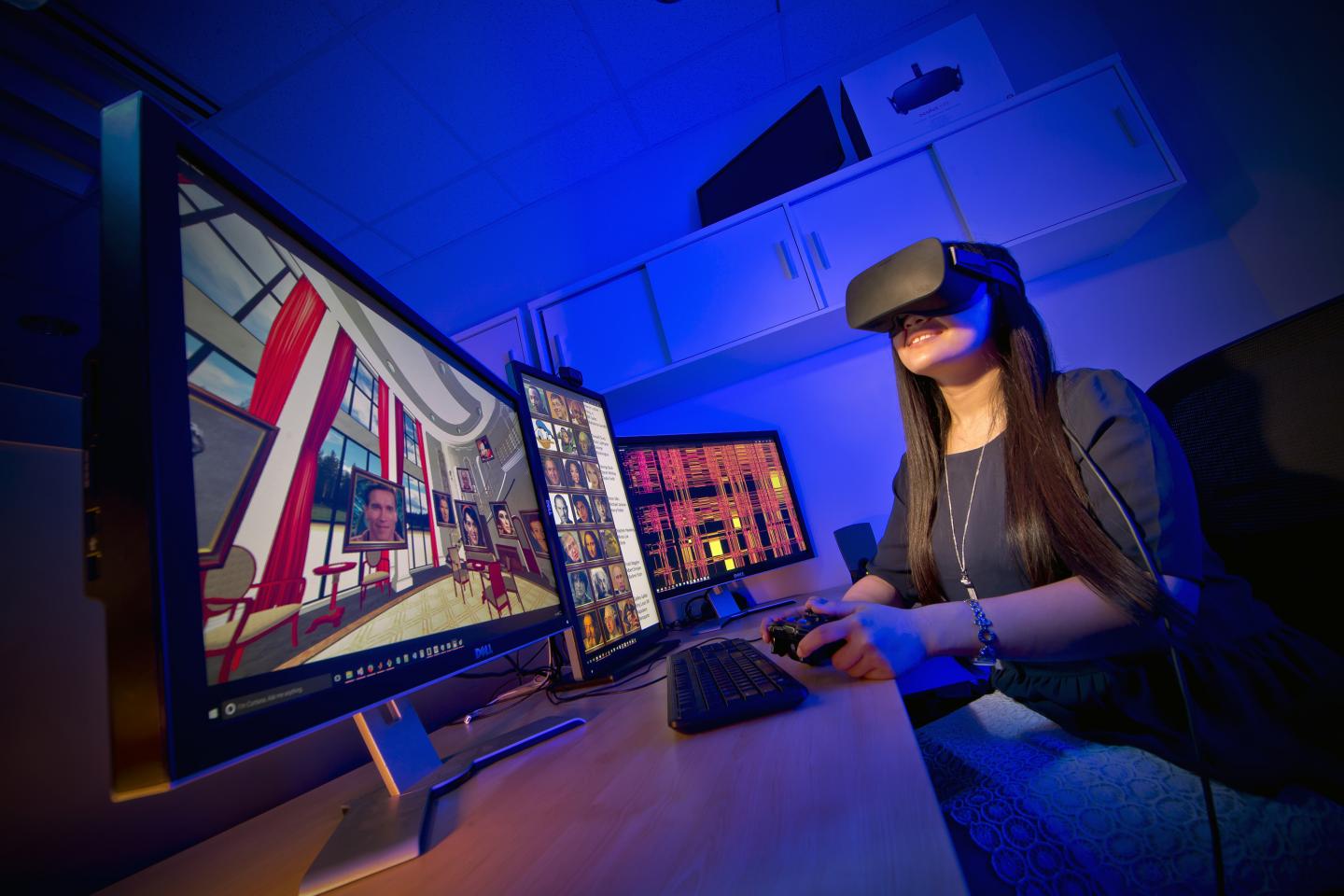 In short, the study found that virtual reality can be more helpful to learning and memory than a computer or tablet.

"This data is exciting in that it suggests that immersive environments could offer new pathways for improved outcomes in education and high-proficiency training," says Amitabh Varshney, professor of computer science and dean of the College of Computer, Mathematical, and Natural Sciences at UMD.

To study virtual reality and memory, the team created a “memory place,” in which people had to recall an object or item by replacing it in two virtual locations. This activated a type of memory called spatial mnemonic encoding, and this is the first time it has been studied with VR.

In the study, 40 volunteers — who were for the most part unfamiliar with VR — were asked to memorize famous faces in a virtual environment and then replace the faces after a short break. The volunteers were split into two groups. One group went through the memory exercise first on a head-mounted VR display, and then a traditional computer interface. The opposite group first did the exercise on a computer then a VR display.

The groups then went into the two environments used as the memory place: an ornate palace and a medieval town. Within the virtual environments, the famous places were placed around the area, and participants had to memorize the faces' locations. The screens then went blank, and users had a two-minute break. After the break, the participants attempted to place the faces in their correct locations.

"This leads to the possibility that a spatial virtual memory place — experienced in an immersive virtual environment — could enhance learning and recall by leveraging a person's overall sense of body position, movement and acceleration," said Catherine Plaisant, a senior research scientist in the University of Maryland Institute for Advanced Computer Studies.

"By showing that virtual reality can help improve recall, it opens the door to further studies that look at the impact of VR-based training modules at all levels — from elementary school children learning astronomy to trauma residents acquiring the latest knowledge in lifesaving procedures," said Amitabh Varshney.

"We believe the future of education and innovation will benefit greatly from the use of these new visual technologies."

The paper on the study was published in the journal Virtual Reality.