Virtual reality (VR) is taking over many industries, from healthcare to real estate. Now VR is being used as a tool for testing and training in all kinds of jobs. Military personnel can practice war simulations and pilots can test their flying skills with flight simulators. National Institute of Standards and Technology (NIST) researchers are developing VR to help train first responders. Firefighters, law enforcement and other first responders can use VR to learn and practice emergency situations. 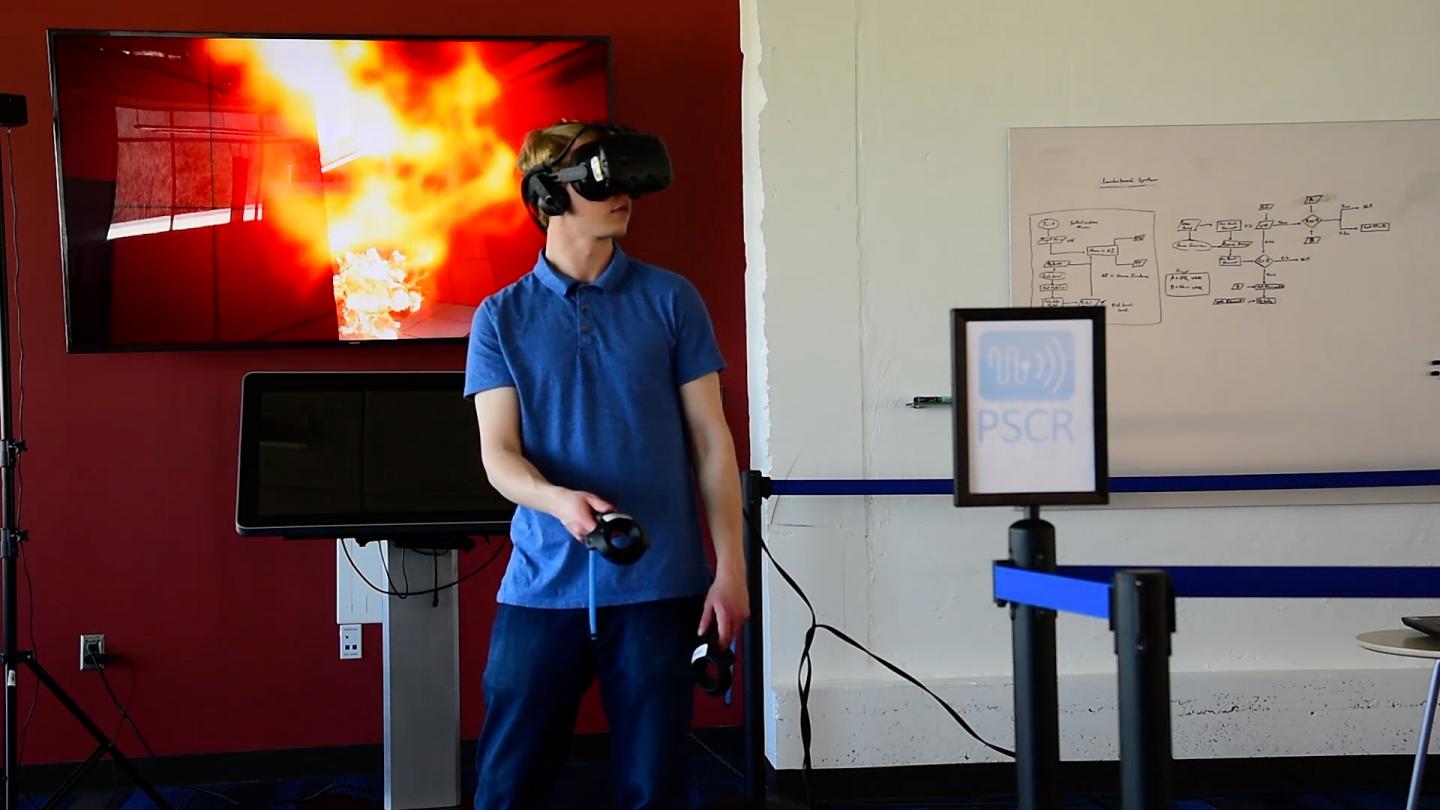 Jack Lewis demonstrates the use of a virtual reality headset and controllers with NIST's virtual office environment (shown on the screen behind him) in which first responders search for a body in a fire. Source: Burrus/NIST

The NIST team developed virtual environments that have scenarios first responders are going to experience in the field. The new environments are better, cheaper and have been proven to be effective in training.

The new tech could be put into a firefighter’s mask or smart glasses that are worn by emergency technicians. Firefighters can see the temperature in the building or hear a warning that their oxygen tank is low through the new VR tech.

"There is currently no method to test and measure user interfaces for first responders," said Scott Ledgerwood, head of the NIST project. "We want to enable development, testing and rapid prototyping of these interfaces in a safe, controlled and repeatable environment. Virtual reality is still in its infancy, and while there have been some fantastic advances in training simulation, no one that we know has really looked at it from the testing and development perspective. We're creating this test bed because we don't believe anyone else has the focus or capabilities to test user interfaces for first responders."

Any new product that helps first responders has to go through rigorous testing before it can be used in the field. There has to be a low chance that the technology will fail in the field so the responders are not put in any more danger. Virtual reality could be a safer way for first responders to train and test the new technologies outside of the real emergency situations.

The new project uses the headsets and controllers that are currently on the market with the NIST created content. This content includes firefighting scenarios in a hotel, mountain home and office. The trainees can choose their desired location and then operate a virtual firehose with the VR controller.

The NIST researchers are focusing on creating virtual scenarios for all first responders to use in training. Companies will soon be able to test the NIST interfaces at NIST.

"The goal is to make this virtual environment in such a way that anyone who has access to a headset could download our scenarios and use them at their own locations," Ledgerwood said.

The researchers presented their developments at the Consumer Electronics Show (CES).