Price vs. Cost: Choose the Right Battery in 3 Simple Steps

When making purchase decisions, particularly on a large scale, price per unit is an obvious consideration. It should not, however, be the only consideration. The money spent on the initial purchase (the price of the item) is likely just a portion of the true cost of that item over time.

Several significant factors contribute to that cost, and, if not taken into account, could ultimately result in spending much more over the lifespan of the item.

Purchasing batteries is a great example of this. When choosing the ideal battery for an application, be sure to look beyond the price per unit. In some circumstances, an inexpensive consumer battery may be appropriate, but in other cases investing in a long-life industrial grade battery is the right choice.

Working through these steps will help determine whether you will be best served by an industrial or consumer battery.

1. Match the Battery Life to the Device Life

A superior quality bobbin-type lithium thionyl chloride (LiSOCl2) battery can last up to 40 years in certain low power applications. The expected operating life of the device can be used to determine if a more initially expensive, long-life battery is appropriate.

Several factors impact the life of a device.

· Reliability: Battery failure causes system failure, which may be acceptable for certain consumer electronic devices. However, system reliability is essential to many industrial applications.

· Planned obsolescence: The device may only be designed to last a finite amount of time.

· Technology upgrades: The ongoing need to employ the most advanced technology may necessitate more frequent replacement of the device. 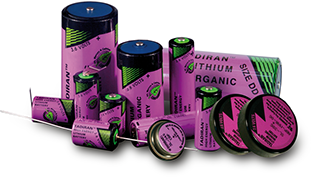 Figure 1. Bobbin-type LiSOCl2 batteries last up to 40 years in certain low power applications, potentially eliminating the need for battery replacement for the entire lifetime of a remote wireless device. Source: Tadiran BatteriesMatching, as closely as possible, the longevity of the device with the longevity of the battery could eliminate the need to replace batteries prematurely or, conversely, prevent the wasted expense of choosing a battery that will far outlast the device.

2. Calculate the Cost of Replacement

The cost of replacing an exhausted battery includes more than the price of the battery itself. The cost of the labor required to perform those tasks (in the form of wages, benefits, insurance and taxes) are additional costs that need to be added into the equation.

Other factors that can add to the battery cost include:

If the device is easy to access during the normal course of a workday, the labor cost may be negligible. However, if accessing the device requires travel time, special equipment such as safety harnesses and netting, or navigating a hard-to-reach or hazardous location such as an undersea seismic measuring device or a structural stress sensor attached to the underside of a bridge truss, then the cost of replacing a single battery can potentially soar up to thousands of dollars.

How often the batteries need to be replaced also impacts costs, unless the device is regularly maintained, serviced or accessed for other purposes.

You need to weigh the cost of more frequent battery replacements against the higher initial investment for purchasing a longer-life industrial battery to determine which solution makes the most sense for the application.

Figure 2. Long-life industrial grade rechargeable li-ion batteries make sense for certain energy harvesting applications such as the Ashalim Solar Thermal Power Station. Source: Tadiran BatteriesThe Ashalim Solar Thermal Power Station has 50,000 heliostats (sun-tracking mirrors), each powered by a small battery pack containing six Tadiran TLI AA-size, industrial-grade, rechargeable li-ion batteries. Consumer-grade li-ion rechargeable batteries would have been less expensive initially, but they have significant drawbacks, including a low maximum cycle life (500 cycles), high annual self-discharge (up to 60 percent per year), a limited temperature range (0 degrees Celsius to 60 degrees Celsius) and, most notably, a life expectancy of less than five years. If workers could change four battery packs per hour, it would take an estimated 12,500 man hours to change out all 50,000 cells. At a conservative cost estimate of $40 per hour for labor (including wages, benefits, taxes, insurance and other associated costs), the labor costs associated with each battery change-out would be $500,000. Therefore, choosing consumer grade li-ion less batteries would require at least four battery changes over 20 years and would incur labor costs of $2 million versus the use of industrial li-ion battery packs, designed to last for up to 20 years.

3. Calculate the Cost of Battery Failure

Ensuring that the batteries will power the remote wireless device reliably is critical to the battery selection process. What happens if the batteries fail?

· Downtime: Depending on how difficult or time-consuming battery replacement is, the resulting downtime for equipment and workers can be quite costly.

· Loss of revenue: Interruptions in production (no product or service to sell) or billing (disruption in requesting or collecting payments) negatively impacts revenue generation.

· Overcompensation: To protect against losses when the impact of failure is great, batteries may be replaced prematurely, adding needless expense that could be avoided by specifying more reliable, longer-life batteries.

A water utility in Massachusetts automated its AMR/AMI meters (the devices that measure and track the water usage in each customer’s home) so customer data was transmitted electronically, eliminating the need for employees to physically visit each home to read the meter or turn-on or turn-off service. The batteries chosen to power the meters were only designed to last a few years.

Since the billing system was based on the automated information from the AMR/AMI meters, the risk associated with wide-scale battery failure was considerable; if the meters stopped working the company would be unable to bill its customers. To compensate for this, workers had to preemptively replace thousands of batteries every year to avoid the risk of premature battery failure. Changing out the batteries in hundreds of thousands of homes proved to be incredibly expensive and time-consuming. If the utility had gone with AMR meters powered by more reliable, long-term batteries with a projected lifespan of 25 years, the need for preemptive battery replacement would have been avoided, potentially saving the utility millions of dollars in added labor expense over a 25-year period.

Purchasing low-cost consumer grade batteries might seem like a reasonable cost-saving measure. Yet, taking the time to get a complete picture of the total cost of ownership will enable a more informed choice, and potentially save you a lot more.