If you think of energy harvesting only as a means of using the sun, vibration or temperature variation to generate the few milliwatts needed to power a wireless sensor node or a wearable electronic device, think again. Despite conventional wisdom suggesting that renewable energy sources can only output power in the range of microwatts per square centimeter (µW/cm2), in the U.S. alone there are five solar thermal power stations producing 250 or more MW (yes, that’s MEGA Watts) of power. According to the Solar Energy Industries Association database, as of April 2016 there were 4,000 major solar projects of one MW and above operating, under construction or under development, representing 72 GW of capacity.

You shouldn’t be. Technology to utilize what nature provides for doing large-scale work has been around since the days of the first sailing ships. Looking specifically at solar energy, the power density of solar radiation available for conversion to electricity averages 170 W/m2 worldwide, and in sunnier locations around the globe it can reach more than 200 W/m2.

For example, at the Ashalim Solar Thermal Power Station being constructed in Israel’s Negev desert, approximately 35km south of the city of Be'er Sheva, the sun will be used to supply 121 MW of clean, renewable energy—enough electricity to meet the needs of more than 120,000 households. Once on line next year, it will support Israel’s commitment to use renewable sources to supply at least 10% of the country’s total electricity needs by 2020. 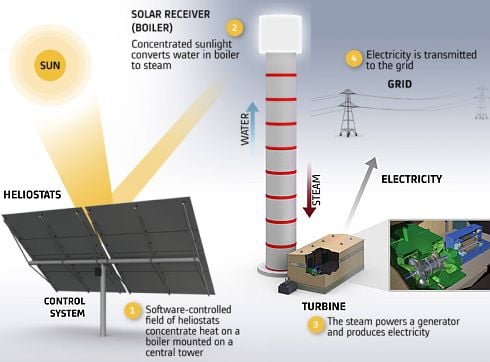 Figure 2. At Ashalim, heliostats will redirect sunlight to a solar receiver that boils water, using the steam to power a turbine that produces electricity.The project, being constructed by BrightSource Energy, Inc. in partnership with General Electric and the NOY Infrastructure and Energy Investment Fund, will employ more than 50,000 flat, sun-tracking mirrors, known as heliostats, to focus sunlight onto a receiver—essentially a boiler that sits atop a 787-foot (240-meter) tower (see Figure 2 above). When the concentrated sunlight strikes the receiver, it heats a transfer fluid to high temperatures, which is then circulated to boil water, producing superheated steam of up to 540° C to power a steam turbine that generates electricity.

Ashalim’s heliostats are positioned in a 3.15-square-kilometer solar field. Each heliostat measures 4 x 5.2 meters and is individually controlled via wireless communications (Figure 3). Motors rotate and precisely tilt each mirror by means of a dual-axis tracking system capable of 360° positioning—all to concentrate a maximum amount of energy toward the solar receiver.

Each heliostat motor is powered by a small battery pack using six Tadiran TLI AA-size industrial-grade rechargeable Li-ion batteries. Tadiran’s rechargeable energy packs not only drive the heliostat motors, but they also deliver high pulses to support wireless connectivity throughout the network. With low impedance the batteries can deliver the high pulses (5A for a AA-size cell) required for two-way wireless system control and data analysis. By wirelessly connecting each heliostat with the solar field’s integrated control system, the batteries thus help reduce expensive cabling and wiring (by as much as 85% compared to previous solutions) that would otherwise be required, reducing costs and accelerating the construction schedule. Long-term reliability is also improved.

While applications such as powering hand-held flashlights, toys and remote-control devices are well suited for inexpensive, consumer-grade Li-ion cells, these consumer batteries have limitations that cannot be overlooked in an industrial setting. These include a short life expectancy (fewer than five years), a low maximum cycle life (1,000 cycles), high annual self-discharge (up to 60% per year), and a limited temperature range (0° C to 60° C) with no p 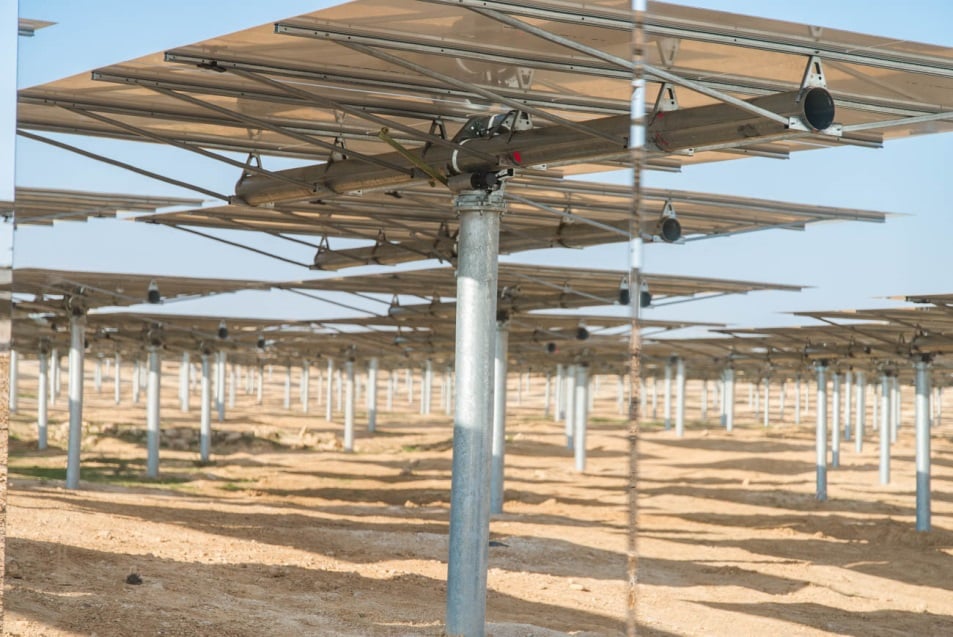 Eschewing consumer cells in favor of industrial-grade Li-ion batteries made sense for the Ashalim solar power station in view of the extreme environmental conditions of the Negev desert, as these batteries offer an extended temperature range (-40° C to 85° C) and are ruggedly constructed, using battery cans that are precision-welded to create a hermetic seal. Inexpensive consumer-grade batteries, on the other hand, use crimped seals that can leak.

The Tadiran batteries will power the heliostats for up to 25 years and 5,000 full recharge cycles without replacement. In a CSP solar facility, extended battery life is critically important as the cost of a system-wide battery change-out to replace consumer-grade batteries every five years would be enormous, far exceeding any initial savings that could be realized by using consumer- grade cells.

For the Ashalim project, the industrial-grade batteries also won out over bulkier supercapacitors (also known as ultra-capacitors or Electric Double-Layer Capacitors). Rather than employing a dielectric between plates as in a standard capacitor, a supercapacitor has an electrolyte and a thin insulator (for example, cardboard or paper). Unlike batteries, supercapacitors store energy in an electrostatic field rather than in a chemical state. In general, batteries provide higher energy density for storage, while capacitors have more rapid charge and discharge capabilities. Supercapacitors are limited to low voltages (high voltage would break down the electrolyte) but very high capacitance, and as such they are most commonly used in lower-power consumer applications, such as providing memory backup for mobile phones, laptops and digital cameras. 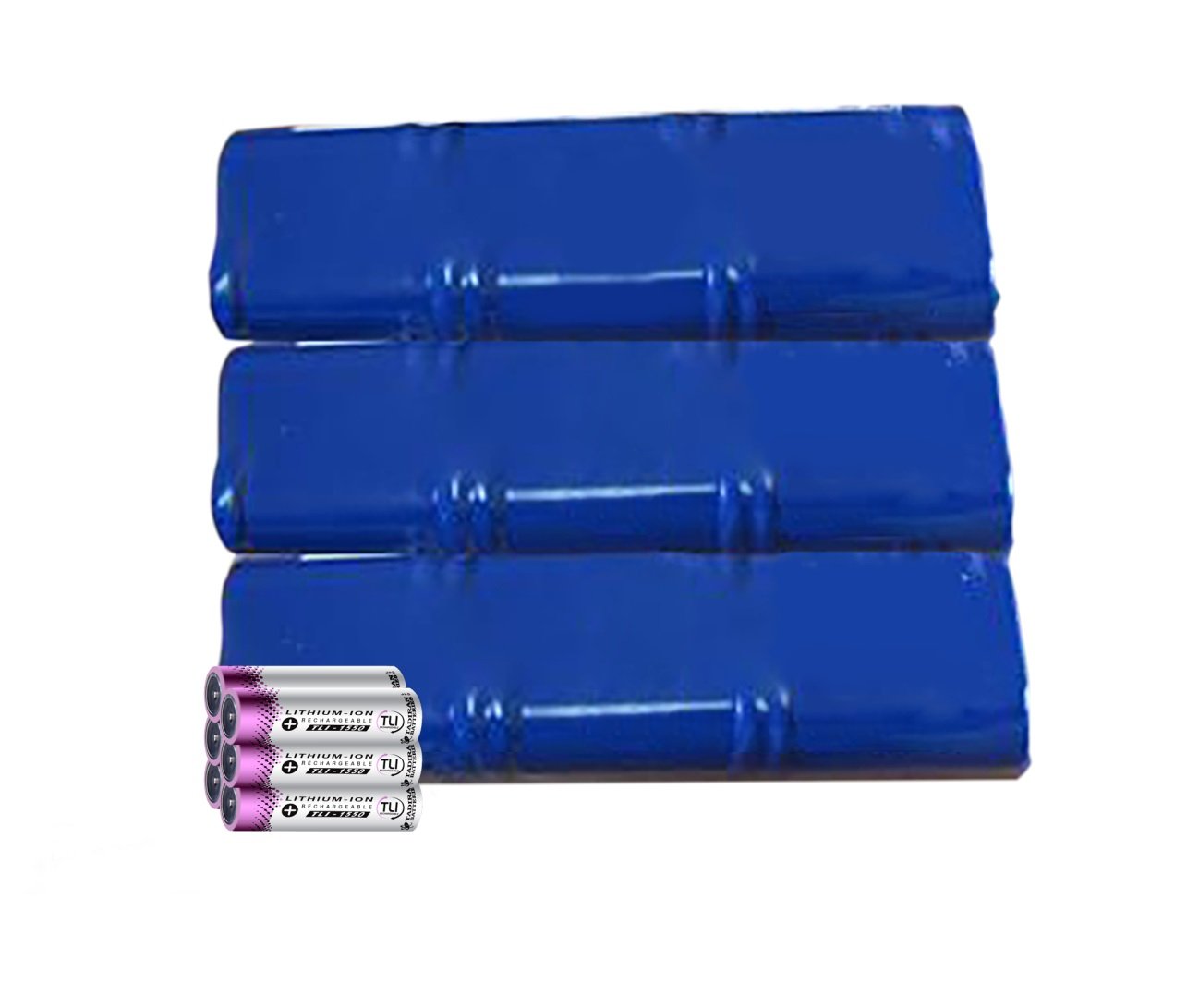 Figure 4. Batteries require considerably less space than equivalent supercapacitors.Supercapacitor technology has other inherent drawbacks when considered for industrial solar- power applications, including short duration power, linear discharge characteristics that do not allow for use of all the available energy, low capacity, very high self-discharge (up to 60% per year), and the need for cell balancing when they are linked in a series.

Beyond its use in the Ashalim Solar Thermal Power Station, Tadiran’s battery-powered solution has relevant implications for other remote wireless applications, including many types of devices that will soon be integrated into the Industrial Internet of Things.

In addition to its TLI Series batteries, Tadiran manufactures a complete line of lithium thionyl chloride batteries, including a variety of primary cylindrical batteries, coin-sized cells, battery packs and Pulses Plus™ batteries for high-current pulse applications. Tadiran products are available in a variety of terminations and assemblies. For more information visit www.tadiranbat.com.