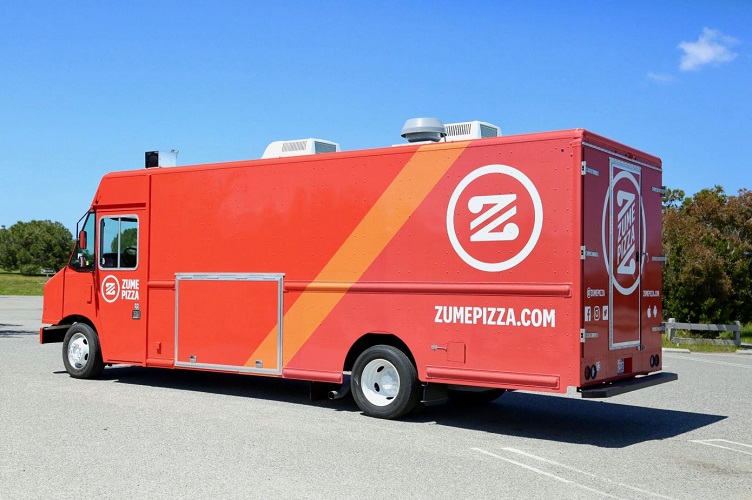 We have seen how Zume Pizza has been using robots to make pizza crust inside its California-based restaurants in the past, but now the company is branching out beyond just making it easier and faster to get food to customers.

The company has launched its second-generation of food delivery vehicles that are now going to be open to other third-party food companies, allowing them to offer a flexible system to cook while they drive to different locations.

Zume is partnering with Welbilt Inc., a supplier of commercial food service equipment, to create food trucks that can cook while moving — something traditional trucks and delivery vehicles cannot do. The goal is to make the food on the way to the delivery so that it will arrive fresh and reduce the use of chemical stabilizers that preserve food, the company says.

The food delivery vehicles will be equipped with six high-efficiency ovens, which in the case of Zume Pizza could bake 120 pizzas per hour. However, Zume says that by offering the trucks to third-party food companies it could involve any number of food items that require baking.

In the future, Welbilt will work to include other custom-built appliances into the vehicles such as steamers, griddles and broilers.

This year, Zume plans to expand the number of restaurants in California to include locations in Sunnyvale, Cupertino, Santa Clara, Campbell, Redwood City, San Carlos and Belmont.