Delivery Drones Could Reduce Greenhouse Gas Emissions and Energy Use 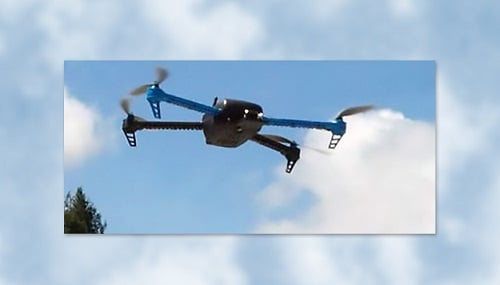 If deployed sensibly, drones could be a way to reduce greenhouse gas emissions for package delivery. Source: LLNLWhen Amazon made a splash saying it was testing deliveries via drone for its packages back in 2013, it was met with much skepticism.

Fast forward to 2017 and delivery drones are a hot topic with numerous pilot projects outside of Amazon being conducted to test the viability of the program and the benefits it could bring to not just shipping manufacturers but also consumers. That excitement surrounding drone delivery has pushed into 2018 with projects continuing to crop up such as Airbus’ Skyways program and autonomous last-mile vehicle trucks. All of these pilot projects (and many more) are in addition to work being done internally at Amazon, Google, UPS and Deutsche Post DHL.

Now new research from Lawrence Livermore National Laboratory (LLNL) says that drone delivery might have an added benefit if they are deployed sensibly in the market—reducing greenhouse gas emissions and energy use.

Researchers looked into the idea that drones are a promising alternative in transportation from traditional vehicles in terms of energy use and carbon emissions.

LLNL flew test campaigns using two commercial drones and developed an estimate of the energy needed to deliver a package in various scenarios. They also accounted for how battery technology and drone design will improve over time. They compared this result with the drone scenarios by truck, van and passenger car accounting for upstream impacts such as emissions from manufacturing the batteries or refining oil into diesel fuel.

The results were mixed and the best choice depends on things such as the size of the drone, the weight of the package and the types of power plants on the regional electricity grid.

Because multi-copter drones can fly about 4 kilometers, a new network of urban warehouses or waystations would be needed to support a drone delivery system. These warehouses require energy to run and although drones consume less energy per package-mile than delivery trucks, the additional warehouse energy required and the longer distances traveled by drones per package greatly increase the life-cycle impacts.

But there are ways to change this, LLNL says. Charging drones only with renewable and low-carbon electricity would be an easy way to change how much carbon emissions are generated. There may also be a way to deliver goods from existing retail stores rather than building additional warehouses.

“The bottom line is to pay attention to life-cycle impacts when designing both the drone and logistics network,” Stolaroff said.

In order to make delivery drones deployed sensibly, researchers recommend that companies looking to get an environmental benefit from drones should consider the system-wide impacts and focus their efforts on small packages, with larger packages being left for trucks and vans.

The full research can be found in the journal Nature Communications.