A robot named Eve has discovered that an ingredient commonly found in toothpaste could be employed as an anti-malarial drug against strains of malaria parasites that have grown resistant to one of the currently used drugs. Researchers at the University of Cambridge were aided by Eve in this discovery. 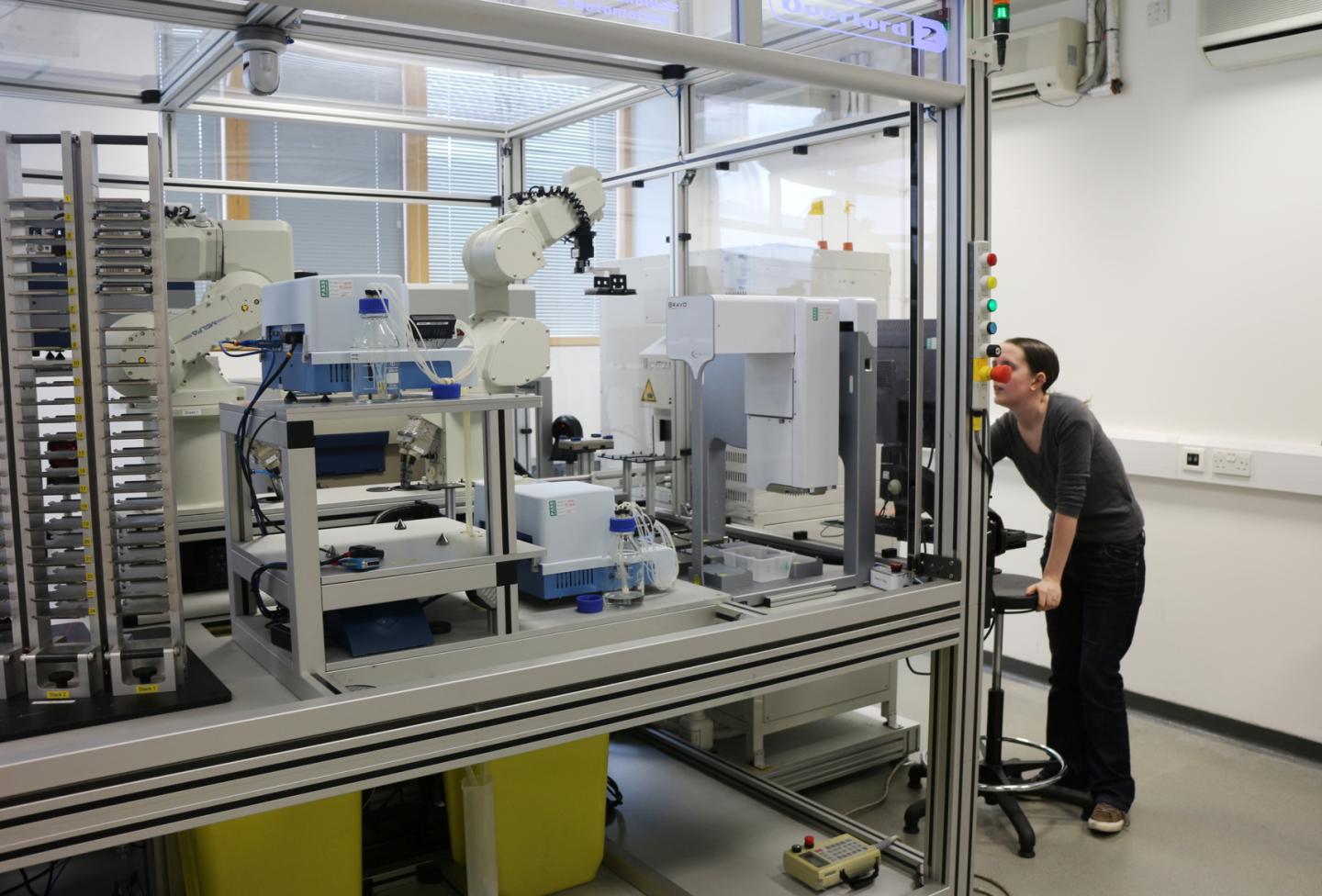 This is Eve the robot scientist. Source: Ross King, University of Manchester

When a mosquito that has been infected with malaria parasites bites a person, it transfers those parasites into their bloodstream through saliva. The parasites then infect the person.

Malaria kills over a half a million people each year, predominantly in Africa and southeast Asia. There are a few medicines used to treat the disease, but malaria parasites are becoming more resistant to these drugs, raising the threat of untreatable malaria in the future.

A team of researchers have used "robot scientist" Eve in a high-throughput screen and discovered that triclosan, an ingredient that is found in many types of toothpaste, may help fight the drug resistance.

When used in toothpaste, triclosan prevents the build-up of plaque bacteria by inhibiting the action of an enzyme called enoyl reductase (ENR), which is involved in the production of fatty acids.

Scientists have known that triclosan inhibits the growth in culture of the malaria parasite Plasmodium during the blood stage and it was assumed that this was because it was targeting ENR that is found in the liver. But further research has shown that improving triclosan’s ability to target ENR had no effect on the parasite growth in the blood.

In the work with Eve, the researchers found that triclosan affects parasite growth by specifically inhibiting an entirely different enzyme of the malaria parasite called DHFR. DHFR is the target of a well-established antimalarial drug called pyrimethamine. But resistance to the drug among malaria parasites is common. The Cambridge team showed that triclosan was able to target and act on this enzyme even in pyrimethamine-resistant parasites.

"Drug-resistant malaria is becoming an increasingly significant threat in Africa and south-east Asia, and our medicine chest of effective treatments is slowly depleting," says Professor Steve Oliver from the Cambridge Systems Biology Centre and the Department of Biochemistry at the University of Cambridge. "The search for new medicines is becoming increasingly urgent."

Because triclosan inhibits ENR and DHFR researchers say it may be possible to target the parasite at the liver stage and the blood stage of infection.

Lead author Dr. Elizabeth Bilsland, assistant professor at the University of Campinas, Brazil, adds: "The discovery by our robot 'colleague' Eve that triclosan is effective against malaria targets offers hope that we may be able to use it to develop a new drug. We know it is a safe compound, and its ability to target two points in the malaria parasite's lifecycle means the parasite will find it difficult to evolve resistance."

Eve was developed by a team of scientists from the Universities of Manchester, Aberystwyth and Cambridge to automate the drug discovery process by automatically developing the testing hypotheses to explain observations, run experiments using robotics, interpret the results to amend hypotheses and then repeat the cycle, automating high-throughput, hypothesis-led research.

Professor Ross King from the Manchester Institute of Biotechnology at the University of Manchester, who led the development of Eve, says: "Artificial intelligence and machine learning enables us to create automated scientists that do not just take a 'brute force' approach, but rather take an intelligent approach to science. This could greatly speed up the drug discovery progress and potentially reap huge rewards."