Electronic devices like computers generate heat that mostly goes to waste. Physicists at Bielefeld University have found a way to apply the heat to generate magnetic signals, known as "spin currents." In the future, these signals could replace some of the electrical currents in electronic components. 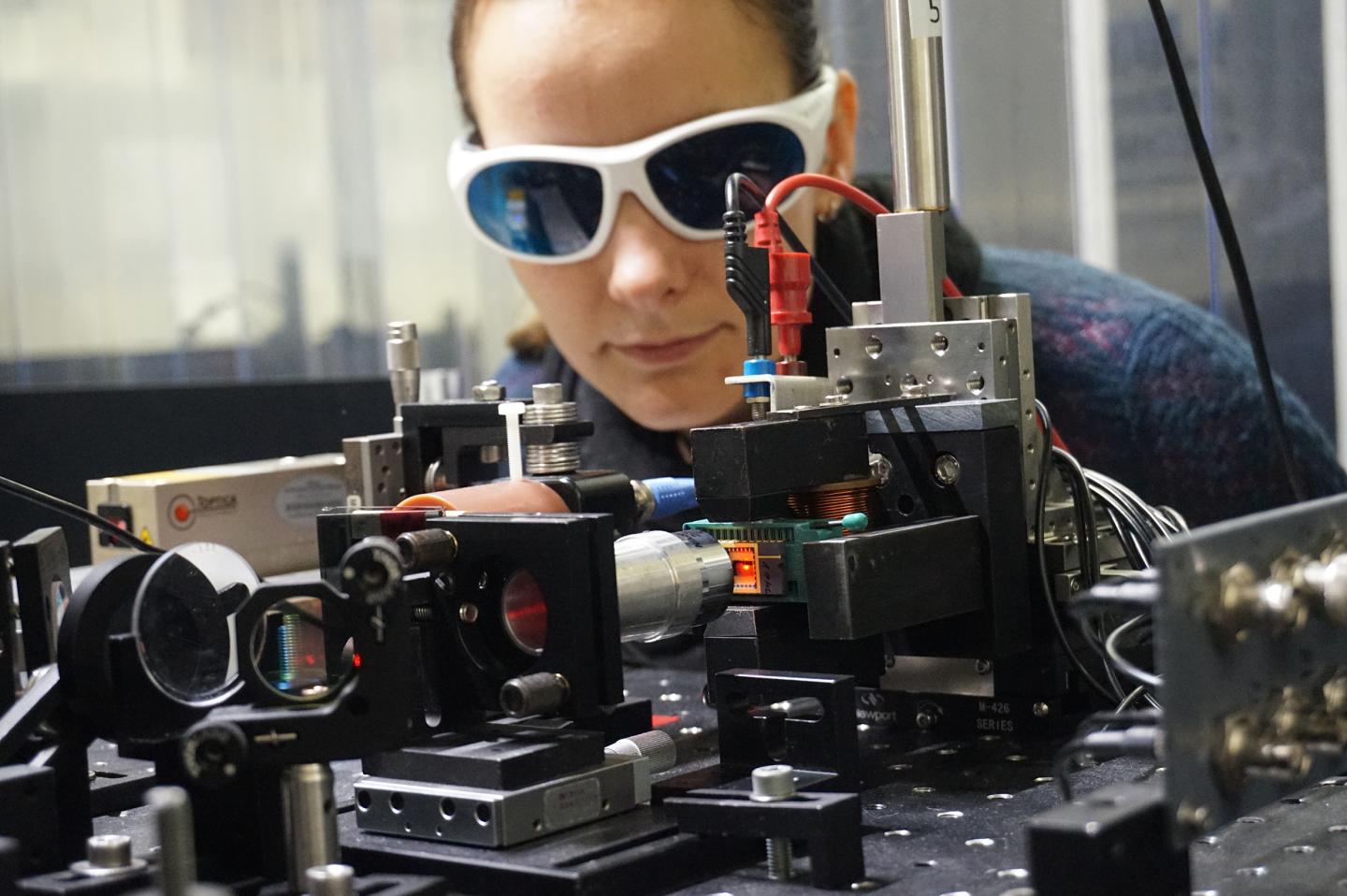 In a new study, the physicists tested which materials can generate the spin current most effectively from heat. The research was carried out in cooperation with colleagues from the University of Greifswald, Gießen University and the Leibniz Institute for Solid State and Materials Research in Dresden.

The Bielefeld physicists are working on the basic principles for making data processing more effective and energy-efficient in the young field of "spin caloritronics." They are members of the ’Thin Films and Physics of Nanostructures’ research group headed by Professor Dr. Günter Reiss. The new study determines the strength of the spin current for various combinations of thin films.

A spin current is produced by a difference in temperature between two ends of the electronic component. These components are extremely small, at only one-millionth of a millimeter thick. Because the components are composed of magnetic materials, like iron, cobalt or nickel, they are called magnetic nanostructures.

The physicists take two nanofilms and place a layer of metal oxide between them that is only a few atoms thick. They heat up one of the external films, for example, with a hot nanowire or a focused laser. Electrons with a specific spin orientation then pass through the metal oxide. This produced the spin current. A spin can be conceived as electrons spinning on their own axes — either clockwise or anti-clockwise.

In the new study, Dr. Alexander Böhnke and Dr. Torsten Hübner, together with two colleagues, tested different combinations of ultra-thin films. Each time, the team heated one of the external films in the same way.

“Depending on which material we used, the strength of the spin current varied markedly,” says Böhnke. “That is because of the electronic structure of the materials we used.”

Based on theoretical assumptions, the researchers were able to find suitable materials possessing the appropriate electronics structure. The measured strength of the spin current was up to ten times higher than that obtained with previously used materials. According to the researchers, magnetic nanostructures with special combinations made of cobalt, iron, silicon and aluminum were particularly productive.

A paper on this research was published in Nature Communications.