A study has found that soldiers are more likely to open up about post-traumatic stress when they are interviewed by a virtual interviewer, as opposed to taking a survey. A computer-generated "human" interviewer combines the advantages of anonymity with social connection and rapport, which could help soldiers to reveal more about their mental health struggles.

"Allowing PTSD to go untreated can potentially have disastrous consequences, including suicide attempts," said Gale Lucas of the University of Southern California. 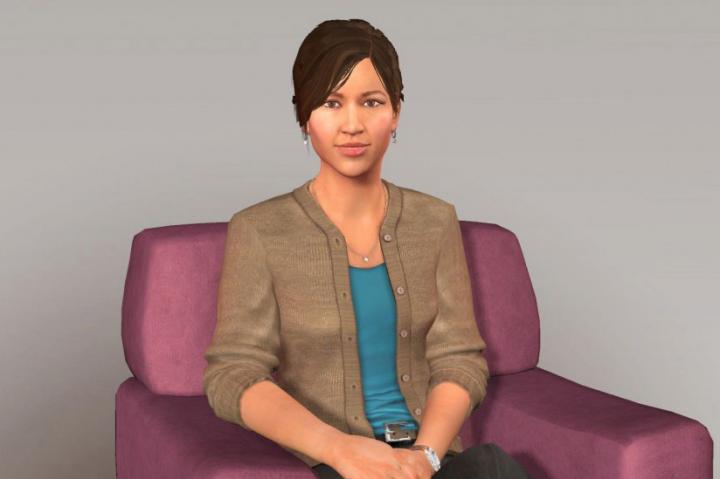 US soldiers and veterans revealed significantly more post-traumatic stress symptoms to a virtual interviewer than through a standard or anonymous Post-Deployment Health Assessment survey. (USC Institute for Creative Technologies)

After a tour of duty, the U.S. military assesses the mental health of troops in a written survey called the Post-Deployment Health Assessment (PDHA) that measures PTSD symptoms. But these results can affect a soldier’s future career prospects. This means they may be reluctant to be completely honest about their mental health.

A computer-generated interviewer could provide a solution that combines the rapport-building skills of real human interviewers with the feelings of anonymity and safety provided by anonymous surveys. Virtual interviewers can use a variety of techniques to build rapport, including a welcoming expression and posture, and being attentive and responsive.

Lucas and her colleagues hypothesized that a virtual interviewer would help soldiers to disclose PTSD symptoms more easily. The research team tested this hypothesis in a group of soldiers after a year-long deployment in Afghanistan.

The troops underwent the official PDHA survey and then completed an anonymous version by selecting answers on a computer. They also underwent an anonymous interview with a virtual interviewer who builds a rapport before asking them questions about common PTSD symptoms.

The results showed that the troops revealed significantly more PTSD symptoms to the virtual interviewer than in either of the surveys. The research team repeated the experiment in a larger group of soldiers and veterans, but they only compared the anonymous PDHA survey and an anonymous interview with a virtual interviewer.

In the second experiment, soldiers and veterans with milder symptoms of PTSD opened up and disclosed more symptoms to the virtual interviewer compared to the anonymous PDHA survey. This suggests that virtual interviews could help uncover more PTSD symptoms than current interview techniques and help soldiers access much-needed treatments.

"These kinds of technologies could provide soldiers a safe way to get feedback about their risks for post-traumatic stress disorder," said Lucas. "By receiving anonymous feedback from a virtual human interviewer that they are at risk for PTSD, they could be encouraged to seek help without having their symptoms flagged on their military record."

A paper on this research was published in Frontiers in Robotics and AI.