Researchers from Purdue University have developed an augmented reality (AR) based system that connects less-experienced battlefield doctors with more experienced doctors around the world. 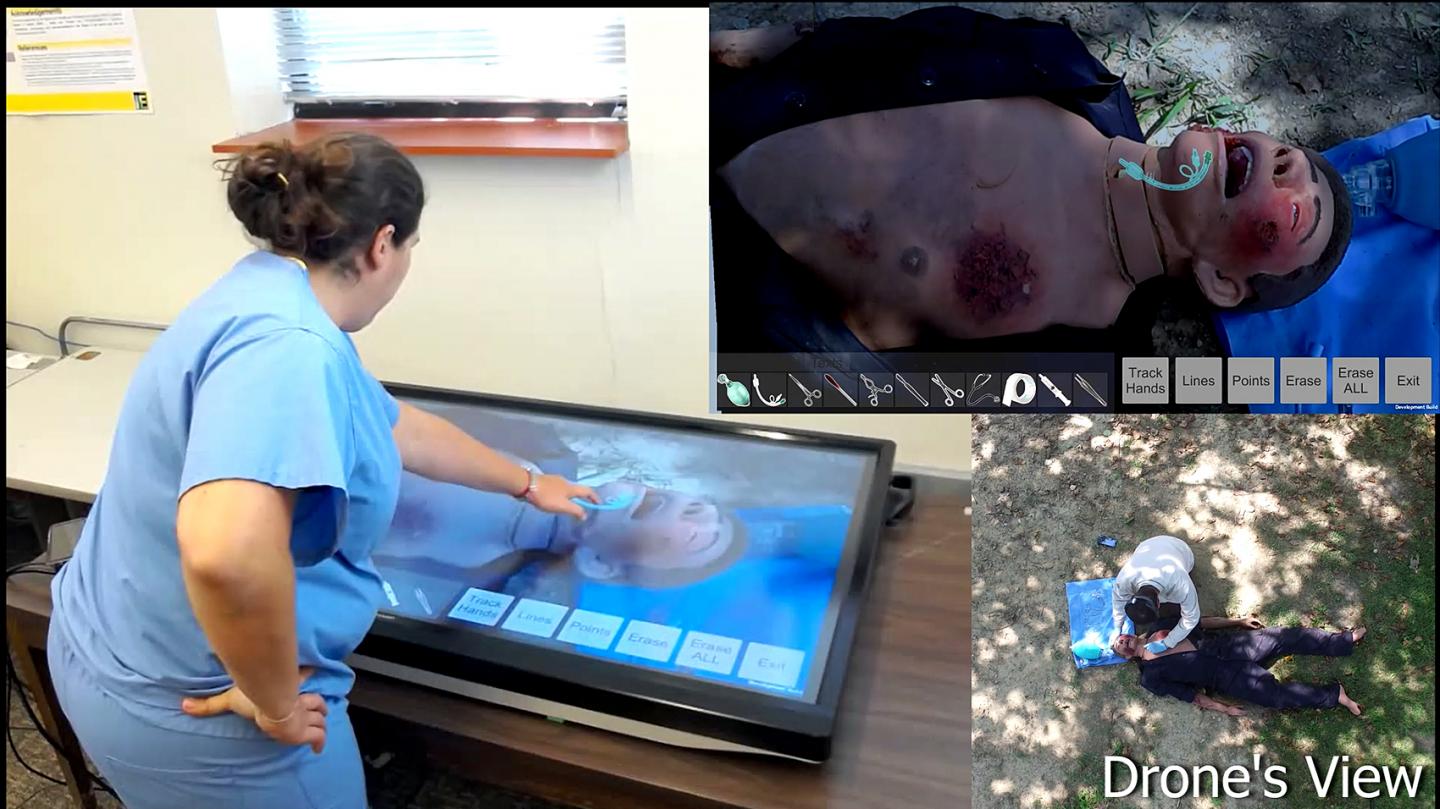 "The most critical challenge is to provide surgical expertise into the battlefield when it is most required," said Juan Wachs, Purdue's James A. and Sharon M. Tompkins Rising Star Associate Professor of Industrial Engineering, who led the project team. "Even without having highly experienced medical leaders physically co-located in the field, with this technology we can help minimize the number of casualties while maximizing treatment at the point of injury."

The new method uses AR tools to connect doctors all over the world. AR headsets are given to the less-experienced mentee, who is connected with a more experienced doctor in another part of the world. The experienced doctor provides tips and helps the mentee learn and improve while treating a patient in real time. This technology would replace current telestrator technology, which is cumbersome in the field.

"There is an unmet need for technology that connects healthcare mentees in rural areas with experienced mentors," said Edgar Rojas Muñoz, a doctoral student in industrial engineering, who worked on the project. "The current use of a telestrator in these situations is inefficient because they require the mentee to focus on a separate screen, fail to show upcoming steps and give the mentor an incomplete picture of the ongoing procedure."

The new system is a transparent headset screen display that uses AR to connect the doctors in real time. The system uses computer vision algorithms that track and align the virtual notes the mentor is sending the mentee without being overly distracting.

"Our technology allows trainees to remain focused on the surgical procedure and reduces the potential for errors during surgery," Muñoz said.

The new system has gone through some clinical trials. It is currently going through more testing and will be tested at a Navy base in Virginia on a simulated battlefield.

The work on this system was presented at the Military Health Research Symposium in August 2018.