Five High-Tech Ways Sensors Can Be Used for Security Applications 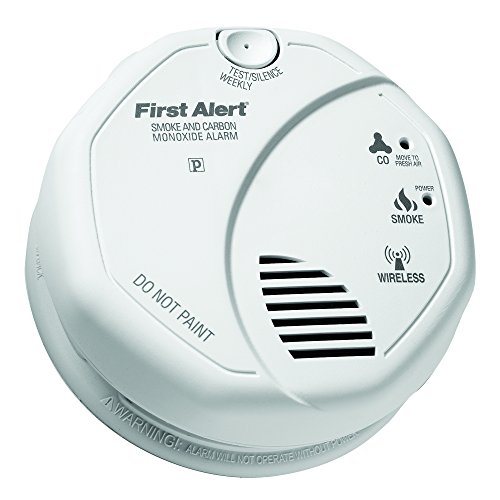 Smart home products have started to gain a lot of traction in the past decade, particularly with regard to security. The heart of these smart home security devices is the sensors that continually monitor and notify the homeowner with varying degrees of frequency, depending upon the homeowner’s preferences. In this article, we will take a look at five hi-tech smart home sensors and how they are used to keep your home safe.

Connected to the pin in your door hinge or mounted on the bracket connecting the door to the hinge, door hinge sensors are smart devices that monitor whether or not a door is open or closed and report that information to their smart hub. If an intruder forces a door open while you’re away, the smart hub can notify the user immediately. If the homeowner can't remember if he or she fully closed the door before leaving, the sensor can report back whether the door is open or ajar. Since the smart hub is notified each time the door is opened and closed, the homeowner can monitor the traffic the door sees as well. In addition, the smart hub can be programmed to execute a number of tasks when it senses that the door has been opened, for instance, turning on lights or the TV, or lowering or raising the thermostat.

Similar in design to the door hinge sensors, smart window sensors can determine when a window is open, closed or being tampered with and will notify the smart hub. Just left on a long trip and can’t remember whether you closed your bedroom window? Just contact your smart hub via your smart phone. The smart hub can be programmed to notify the user if the window is being jostled or opened, and some can be programmed to sound a loud alarm on detection.

The door and window sensors described above work with a sensor and a magnet. Opening or closing a door or window disturbs a simple circuit with the induced current generated by a magnet. When detected, a signal is sent to the smart hub that either notifies the user or logs it, depending upon settings.

Another useful smart device is the motion sensor. Available for both internal and external applications, motion sensors are an invaluable resource for the smart home. When the homeowner is away, motion sensors both in the house and outside the house can detect motion within user-defined parameters. Then they notify the smart hub, which in turn can notify the homeowner by text or email. Many devices now come with a “pet safe” detection setting that can differentiate between dogs and cats and humans.

Beyond security, motion sensors can be used to set up zone lighting, where the lighting in a section of the house (or yard) automatically turns on when motion is detected. Cameras can also be paired with the motion detectors and programmed to turn on if motion is detected. As with the other sensors, the smart hub can keep a record of incidents that can help the homeowner better understand the activity around and inside their house, potentially leading to energy savings and fewer false positive notifications.

An increasingly-affordable smart home sensor option is the high-definition (HD) video camera. Useful both inside the house and outside the house, the smart hub can activate TV video cameras when motion is detected. The cameras can take images or run continuously, saving the images to a hard drive. The cameras can serve as both a security option and a nanny cam, depending on the situation. A homeowner can set up a camera at the front door and can open the door for family and friends via a smart lock.

One of the most important sensors a homeowner can own is a fire/carbon monoxide detector. Most houses already have these devices, but not the smart variety, which is too bad. Connecting the fire/carbon monoxide sensor to the home's smart hub can add an extra layer of security. Whereas traditional fire/carbon monoxide sensors have an audible alarm when thresholds of smoke or CO have been exceeded, the smart device version has the added benefit of automatically notifying authorities, the homeowner and neighbors of the danger, depending on the settings the homeowner chooses. Additionally, when a home has multiple sensors, the homeowner and authorities can quickly know which zone of the house the alarm has been sounded for a quicker resolution, even if the homeowner is not home or on vacation.

With the benefits described above, it is not hard to see why so many are so enthusiastic about the future of smart homes. Builders are already starting to incorporate these devices into new homes as safety devices, and it shouldn’t be long before these devices start making it into building codes. The safety and security these smart devices provide, at relatively low prices, are accelerating their adoption. As sensor technology improves and becomes cheaper, homeowners will find it tough to resist upgrading their safety and security with these devices.