In May, the Danish company Dong Energy flipped the switch on the world’s largest wind turbines: thirty-two 640-ft.-high behemoths with blades 262 ft. long located in Liverpool Bay, U.K. The latest additions to the Burbo Bank wind farm can produce huge amounts of power from even modest winds, and a single blade revolution can power one home for 29 hours. 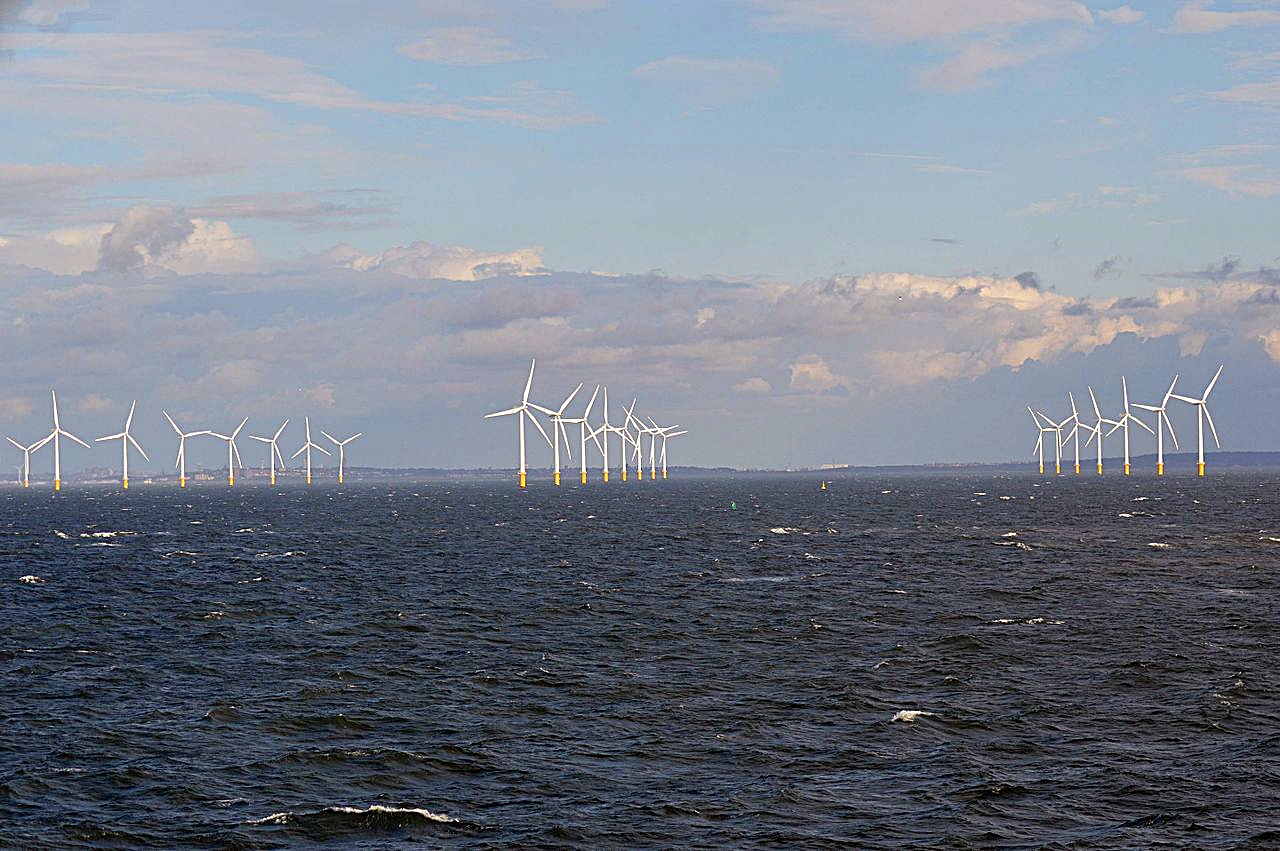 Figure 1: The Burbo Bank Offshore Windfarm with North Wales in the distance. (Source: Ian Mantel / CC BY-SA 4.0)While the Burbo Bank turbines (shown in Figure 1) are extreme examples, the sheer immensity of wind turbines in general must be seen to be appreciated, preferably by standing on their concrete bases and looking straight up. However, even this perspective obscures the contributions of their many components, some of which – such as sensors – are incredibly small yet contribute greatly to predictive maintenance and maintaining safety and the required 98 percent uptime.

Several types of electrical sensors play roles in wind turbines; increasingly used is the eddy current displacement type. Displacement sensors in general are gauges that measure the travel between the position of an object and a reference point. As their name implies, eddy current sensors detect changes in current caused by a conductor entering a moving magnetic field. The strength of the current changes can be translated into changes in distance.

This capability makes the sensors exceptionally well-suited for use in wind turbines. For example, they are used to measure the lubricating gap of the shaft, which must be covered by a consistent film of oil (typically applied under pressure) to achieve optimal bearing conditions. As the sensors resist oil, pressure and temperature, they can be used to control the oil gap, so that when it exceeds its specified tolerance, maintenance can be performed.

Figure 2: Oil gap measurement of the shaft with compact eddy current sensors (Source: Micro-Epsilon)Eddy current sensors can also measure how precisely the shaft axially and radially rotates within its housing (called run-out). If either of these two metrics is too high, which can be caused by high wind load, the turbine is deactivated or the rotor is moved out of the wind. The same is true for the measurement of coupling deviation in which several eddy current displacement sensors are employed to determine if deviation is too high, and, if so, one of the previously-mentioned remedies is applied.

Eddy current sensors measure the supporting moments of the nacelle while the distance between the nacelle and the tower are monitored to detect vibrations. They can also measure the axial, radial or tangential deflection of the clutch discs that brake the rotor, ensuring safe operation during high winds.

Laser triangulation displacement sensors are also essential components on wind turbines, especially for detecting movements of the foundation or mast. Laser displacement sensors send a narrow beam of light to the target, which is reflected to a sensor element receiver, and the resulting data is translated into changes in distance between mast and foundation.

Figure 4: Capacitive displacement sensors measure the air gap between stator and rotor. (Source: Micro-Epsilon)Capacitive type displacement sensors measure the gap between the stator and rotor (generator air gap) to ensure that the rotor does not touch the stator. These extremely high-resolution sensors operate on the principle that electrical capacitance exists between any two conductive surfaces that are near each other. When the distance between the surfaces changes, so does capacitance, which is easily measured. Capacitive sensors can operate in both very high temperatures and the electromagnetic fields that are present in any motor, making them an excellent choice for use in wind turbines. As thermally induced conductivity changes of the measurement object have no influence on measurements, the principle is also reliable even with fluctuations in temperature. 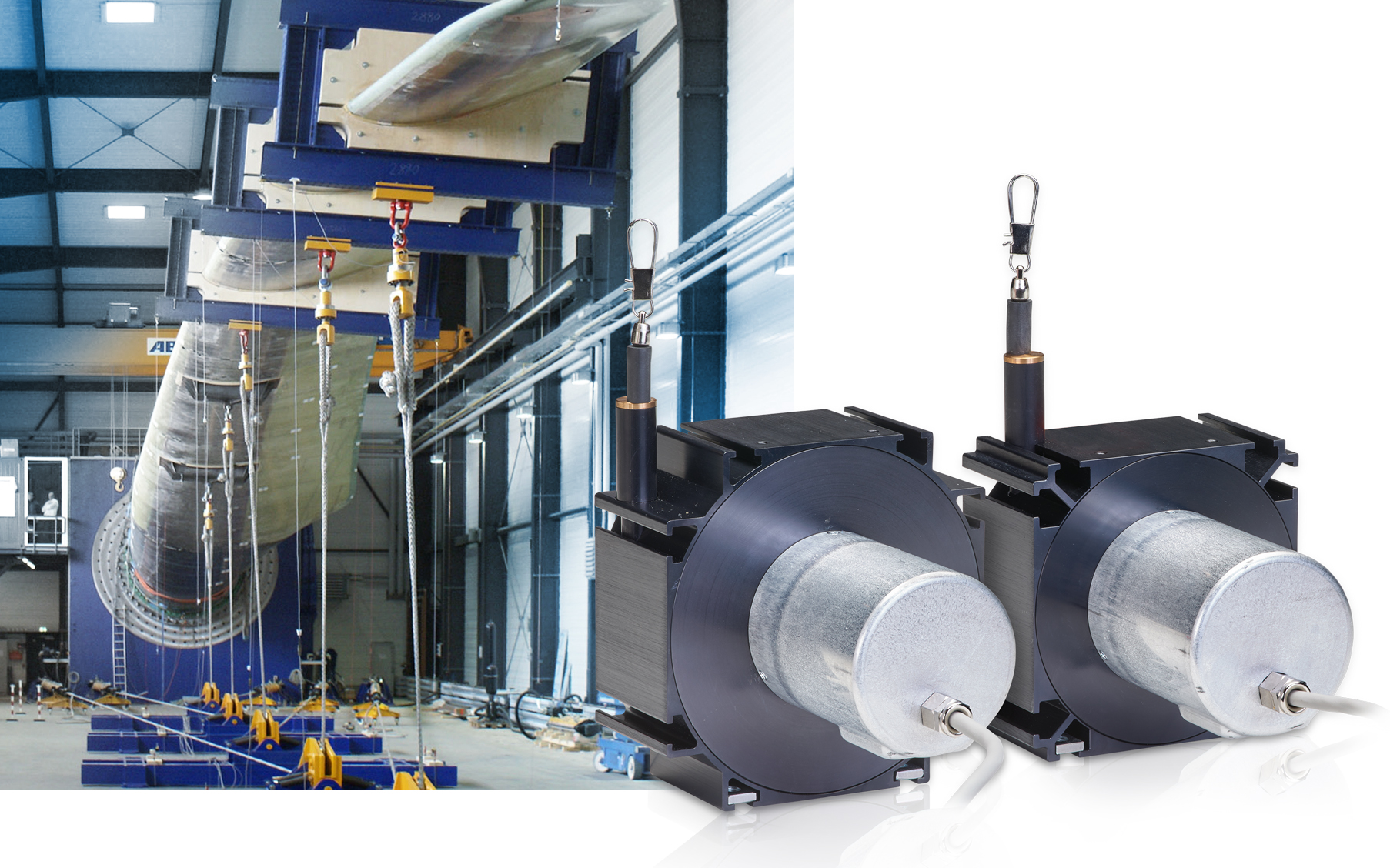 Figure 5: Fraunhofer Institute’s extensive turbine blade test facility used 12 Micro-Epsilon draw-wire displacement sensors to help measure distortion caused by wind load. (Source: Micro-Epsilon)Finally, draw-wire displacement sensors control air supply by monitoring the position of the turbine’s air flaps based on changes in temperature. They operate by measuring linear movement using a highly flexible steel wire wound on a drum. The drum’s axis is coupled to a potentiometer or encoder and the end of the wire is attached to the object to be measured. The drum rotates when the distance changes between the object and the sensor, and this movement is converted to an electrical signal that is sent to a controller. The precision and other benefits of Micro-Epsilon draw-wire sensors made them the choice of the Fraunhofer Institute in Bremerhaven, Germany, when it conducted tests (Figure 5) to measure distortion of turbine blades in the presence of varying winds, which can distort to a remarkable 10 m under the most adverse circumstances.

Although dwarfed by the many other components that form a wind turbine, sensors are nevertheless indispensable to their successful operation. Without them, there would be no way to evaluate how the turbines and their supporting structures are affected by wind and other environmental factors and when they should either be shut down or their rotors removed from the direct force of the wind. It would also be impractical if not impossible to know when preventive maintenance should be performed to ensure long operating life and prevent the failure of expensive system components.

Micro-Epsilon has substantial experience working with manufacturers of wind turbines and their components, and the company has been instrumental in developing sensors specifically designed to meet their unique requirements. More information about the sensors mentioned in this article and the company’s other types of sensors and measurement solutions are available at www.micro-epsilon.com.