A new diagnostic tool in development uses artificial intelligence to detect brain trauma years after it has occurred. The development could help lawyers on both sides of concussion lawsuits against sports leagues.

The short-term effects of heat trauma can be devastating, but the long-term effects can be equally if not more difficult for patients. Symptoms may linger for years and can have an effect on a person’s day to day life. But it is hard for doctors to detect years later if the symptoms are caused by a concussion, another neurological condition or even part of the normal aging process.

Before this development, the one way to prove the presence of brain damage from a concussion years after it has occurred was through post-mortem brain examination. Obviously, this is of no help to a patient while they are alive. Diagnosing concussion issues in living patients was difficult if not impossible.

A research team from Université de Montreal, The Montreal Neurological Institute and Hospital (The Neuro) and the Ludmer Center for NeuroInformatics gathered to search for a way to solve this problem. The team recruited former university athletes between 51-71 years old who played contact sports such as ice hockey and American football. Of that group, researchers formed a unit of 15 athletes who reported being concussed during their athletic careers and a control group of 15 athletes who had not been concussed. 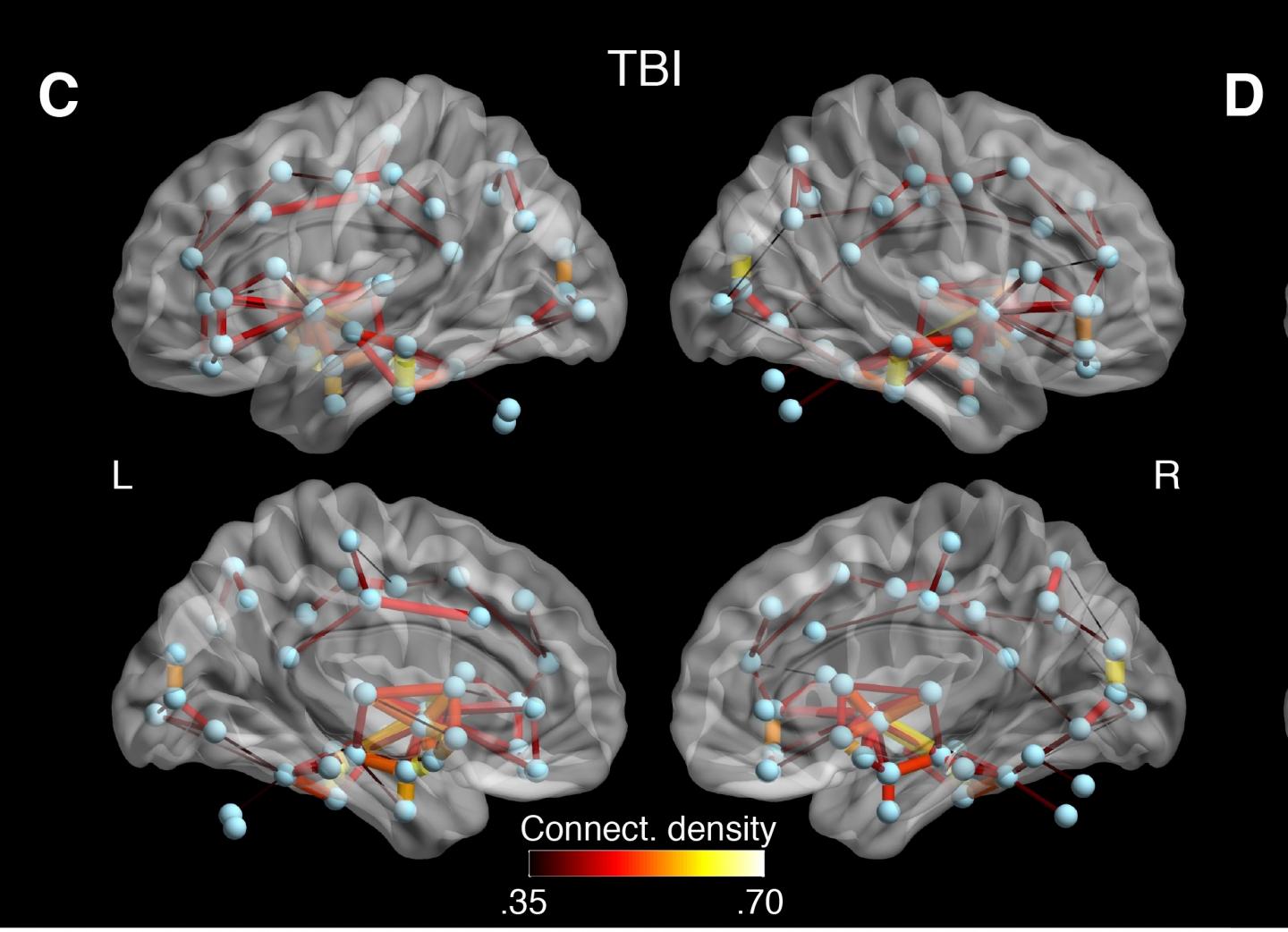 Researchers found that white matter connections between several brain regions of concussed individuals showed abnormal connectivity that might reflect both degeneration and the brain's method of compensating for damage. (Source: Sebastien Tremblay)

The researchers performed tests on both groups, including neuropsychological testing, genotyping and structural neuroimaging, magnetic resonance spectroscopy, and diffusion weighted imaging. They pooled the data and fed it to computers that had artificial intelligence software to “learn” the difference between a healthy brain and a previously concussed brain. The researchers found white matter connections between a few brain regions in concussed brains showed abnormal connectivity that might reflect degeneration and the brain’s method of compensating for the damage that was caused. The computers were able to detect concussions with up to 90 percent accuracy using the data collected.

Once the work is more thoroughly tested and refined it could have implications for current and future concussion lawsuits and research. For example, the National Football League (NFL) faced a decade-long lawsuit by former players who claimed that the NFL did not do enough to protect them from concussions. The lawsuit was difficult because there was no objective way to determine if the neurological symptoms that the former players were experiencing were caused by concussions that they received as players, or for another reason. The National Hockey League (NHL) is also facing a similar lawsuit by former players.

"Future studies, including systematic comparisons with patient groups presenting with other age-related neurological conditions, together with identifying new biomarkers of concussion, would help refine the developed, computer-assisted model of the remote effects of concussion on the aging brain," said Dr. Louis de Beaumont, a researcher at Université de Montreal and the paper's senior author.

According to Dr. Sebastien Tremblay, the paper’s first author, the researchers need to validate the signature on a larger sample size and use various magnetic resonance imaging (MRI) scanners before this technology can be an effective means to diagnose a concussion. When the method is perfected, this technology could aid in both the courtroom and the hospital room.

According to the U.S. federal government, concussions reported have increased 40 percent from 2004-2014 among young athletes in sports like football, soccer and hockey. The need for stronger concussion technology is greater than ever.

"With 1.6 to 3.8 million concussions per year in the U.S. alone, the prevalence of this injury is alarming," says Tremblay, a postdoctoral researcher at The Neuro. "It is unacceptable that no objective tools or techniques yet exist to diagnose them, not to mention the sheer lack of scientifically valid treatment options. With our work, we hope to provide help to the vast population of former athletes who experience neurological issues after retiring from contact sport."

The study was funded by Canadian Institutes of Health Research (CIHR). A paper on this research was published in the European Journal of Neuroscience in May 2017.