What Are BEAM Robots? 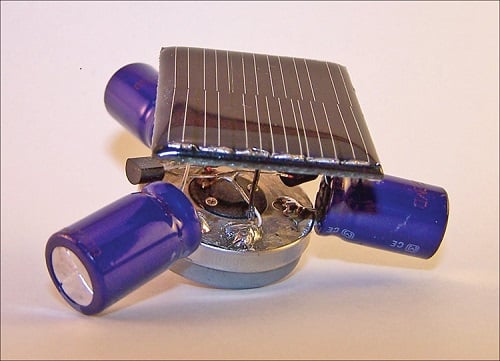 With a solar cell on top, this robots moves when light hits it and also has LEDs to light it up. BEAM robots are a type of robot that do not use computers. They are typically cheap to make and can be built within a few days—unlike computer-based robots that can be costly, complex and take years to build.

Born out of the mind of Mark Tilden, a former researcher at the Los Alamos National Laboratory, BEAM robots can be either simple machines consisting of a solar cell, motor, transistors and capacitors or as complex as an 8-jointed, 4-legged walking spider machine.

BEAM (Biology, Electronics, Aesthetics, Mechanics) robots generally do not feature a microprocessor which means they are usually not as flexible as other robots. However, this simplicity makes them robust and efficient at performing the tasks they are designed to do.

The maker community is using BEAM robots, also known as junkbots, to create new ways of building robots. The technology is also a good way for kids to learn about robotics and coding. 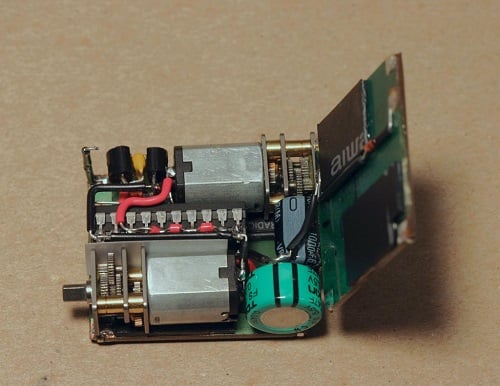 This BEAM bot moves by a spinning flagella causing it to tumble across the floor. Source: smfr.orgThese robots provide an especially good platform for learning these skills because of their low cost. Also, most BEAM robots use parts that can be found either in recycled electronics such as microwave ovens, portable audio players, or pagers, or that can be easily found through online distributors and kits. The average age of people building BEAM robots is 13 to 17 years; the maker community also includes older electrical engineers and hobbyists.

What Can You Build?

The most common types of BEAM robots include:

With the advancement of technology, more uses are being added to BEAM robots such as using light emitting diodes (LEDs) to light up robots or using developer boards such as Raspberry Pi to give additional functionality.

Tinkerers, hobbyists and students can find a large selection of BEAM robots that range in price from $15.00 to $40.00. To build your own, visit: https://solarbotics.com/catalog/beam/