It can be nearly impossible to read on your smartphone or tablet in direct sunlight. This is one of the most common smartphone complaints. Researchers from the College of Optics at the University of Florida, led by Sin-Tson Wu, have created a new antireflection film coating that solves this problem. The inspiration for this film comes from an unexpected source: moth eyes. 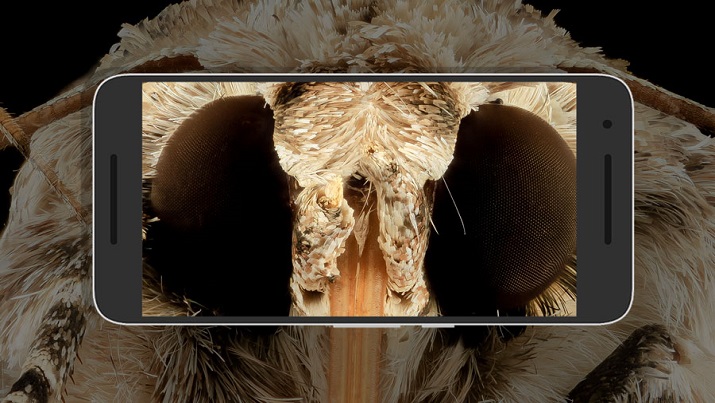 This new film has a surface reflection of .23 percent, which is significantly lower than the iPhone’s surface reflection of 4.4 percent. Reflection is the main reason it is so hard to read a phone screen in direct sunlight. The strong light reflecting off the screen washes out anything the phone is displaying

The antireflection film has tiny uniform dimples that are each about 100 nanometers in diameter. The coating can be used with flexible displays that will soon be the norm for smartphones.

Many smartphones on the market today use a sensor to detect bright light and automatically boost the brightness of the phone’s screen, attempting to overcome the surface reflection. This adaptive brightness control improves readability, but it also drains battery power.

While looking for an easy way to improve screen readability, researchers turned to nature for inspiration. Moth eyes are covered with a pattern of antireflective nanostructures. These structures allow moths to see in the dark and prevent eye reflections that could reveal them to predators. Other researchers have used moth eyes as inspiration to reduce sunlight bouncing off of solar cells. Wu and his team wanted to take it further and apply this research to mobile screens.

"Although it is known that moth-eye structures can reduce surface reflection, it is relatively difficult to fabricate an antireflection film with this nanostructure that is large enough to use on a mobile phone or tablet," said Guanjan Tan, first author of the paper. "Because the structures are so small, a high-resolution and high-precision fabrication technique is necessary." 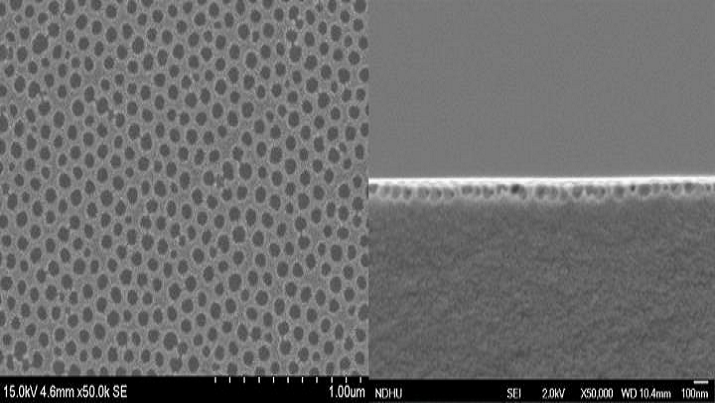 The film of moth-eye-like nanostructures from above (left) and from the side (right). (Source: Shin-Tson Wu)

Researchers used a fabrication technique they developed themselves, which uses self-assembled nanospheres to form a template to create the moth-eye structure on the coating. This process allowed fabrication of the structure into a film large enough to fit a phone screen.

The researchers made their own computational model to simulate the optical behavior of the coating. Once the model was proved to be successful, researchers used it to optimize the performance of the moth-eye nanostructures.

When a phone with the film was tested against a phone without the film in bright sunlight, the glass with the new film shows a more than four-fold improvement. This is the difference between the darkest black and the brightest white. When the phone with the film was viewed in the shade, the glass had a ten-fold improvement in contrast ratio. Additional testing was done to test the flexibility, anti-scratch and self-cleaning capabilities of the screen.

"Our measured results indicate the moth-eye-like antireflection film shows excellent optical behavior and mechanical strength," said Jun-Haw Lee of National Taiwan University, a key member of the research team. "Our film provides an efficient and low-cost method to reduce the surface reflection and improve the sunlight readability of mobile devices."

The next step for the researchers is to work further to improve the anti-reflection film’s mechanical properties, like finding the best balance of surface hardness and flexibility. They aim to make the film surface rugged enough for long time use on touch screens. They are also searching to further optimize the moth-eye structure’s shape and size for better optical performance than ever before.

This research was published in the journal Optica.