A new alloy that collects near-infrared light shows promise for a new type of concentrator photovoltaic collector. Current versions of these collectors fail to capture this light, which constitutes the “leading edge” of sunlight striking a solar panel. 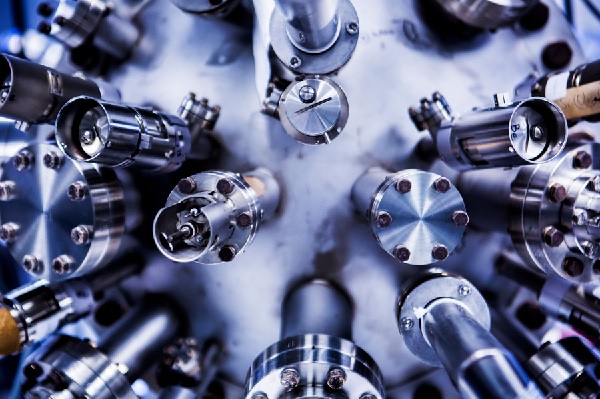 "Flat-panel silicon is basically maxed out in terms of efficiency," said Rachel Goldman, University of Michigan professor of materials science and engineering, and physics, whose lab developed the alloy. "The cost of silicon isn't going down and efficiency isn't going up. Concentrator photovoltaics could power the next generation."

Goldman and her team wanted to devise a way to capture the near-infrared rays that typical three-layer cells—that have one microns-thick layer each of three different semiconductor alloys—allow to escape. Researchers had looked for a fourth alloy to sandwich with the other three. None of them discovered an economically-viable solution.

The Michigan team adopted a simpler approach to eliminate as many combinations of variables as possible. By combining ground-based measurements from X-ray diffraction and ion beam analysis with computer modeling, they discovered that a slightly different kind of arsenic molecule would fit better with bismuth. By changing the arsenic, fine-tuning the nitrogen and bismuth, and finding the optimum temperature for these ingredients to work together, the team eliminated a manufacturing step and created the collector they had hoped to find.

Another advance from Goldman’s lab contributed to the success of the alloy research. Members of her team discovered a way to use silicon dopants on both positive and negative sides of semiconductors, eliminating the need to use expensive and toxic beryllium for the positive side. The improved manufacturing process and silicon substitution could cut manufacturing costs as much as 30 percent.