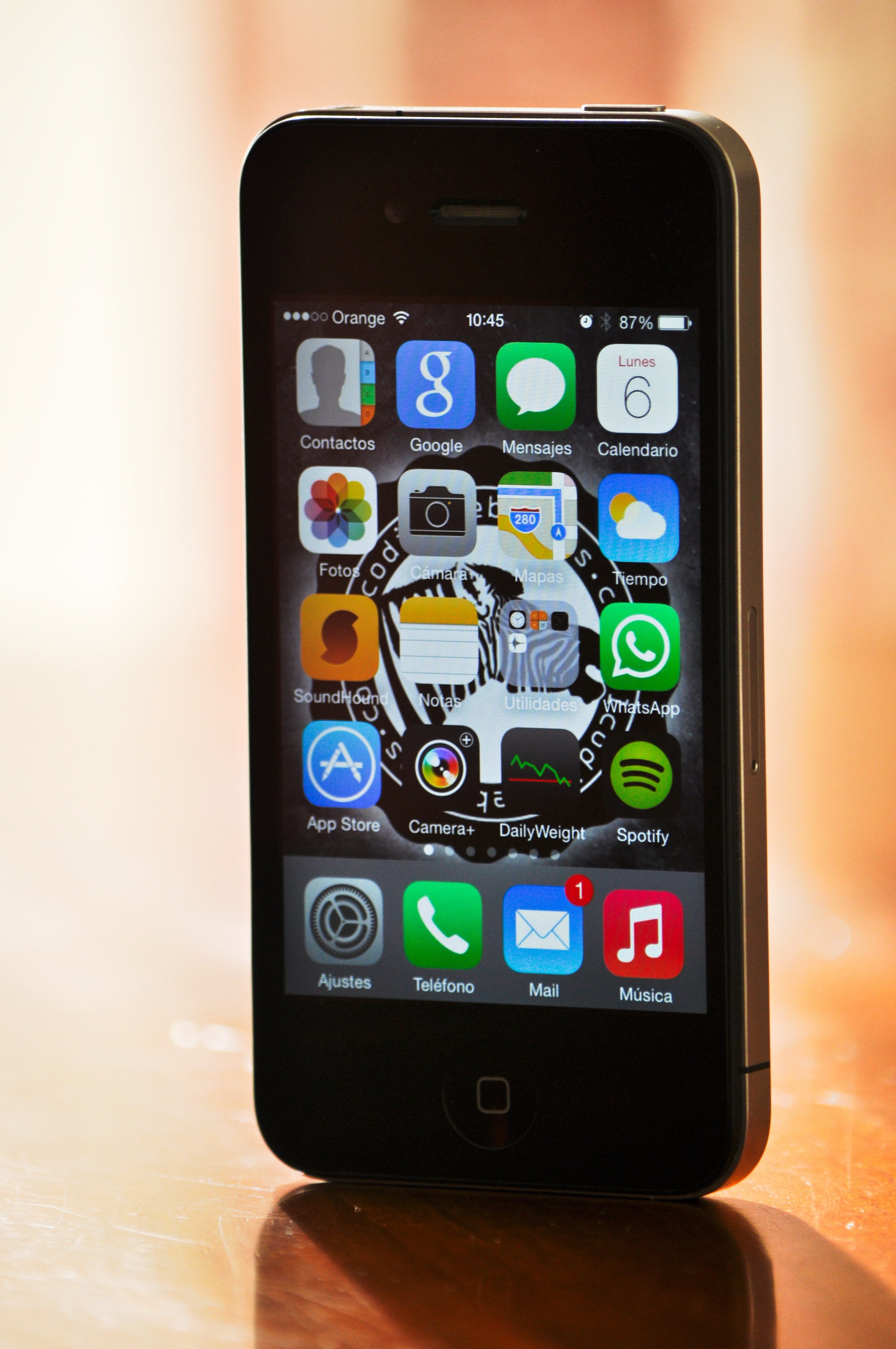 The iPhone is arguably the most iconic device of our time. In January 2007, the late Steve Jobs stood in front of a crowd at the MacWorld expo and said that Apple was going to “reinvent the phone.” Nearly 10 years and $640 billion in sales later, it is safe to say that he was right.

The iPhone really was the first of its kind—a true smartphone equipped with a 3.5-inch multi-touch display and user capabilities unlike anything in the marketplace. While this has changed over the past decade, as the likes of Google, Samsung and Microsoft have developed and released their own respective products, the iPhone is still king, with the 6 and 6S models sitting atop the list of the most popular smartphones on the planet.

But its success did not happen overnight. So, without further ado, let’s explore the history of what might be one of the most recognizable devices of our time.

Discarding the physical keyboard, a then-staple feature of other cell phones, the original iPhone utilized a first-generation touchscreen with vibrating keys for tactile effect. It had a radio and a 1.9-megapixel camera, but no video recording capability. The original iPhone lacked 3G and GPS, which became fundamental in future versions. It also was not compatible with third-party applications, a function that has come to define contemporary smartphone culture.

As the name suggests, the iPhone 3G allowed for data transfer using the 3G network—the fastest cellular data speed at the time. This hardware addition opened the door for what might be the most revolutionary moment in smartphone history: downloading third-party applications. The phone was also made available in black and white.

The differences between the iPhone 3GS (the “S” denoting speed) and the iPhone 3 were not viewed as significant, even for Apple’s early adopter community. However this model did introduce video recording and voice control, both smartphone firsts. It also featured a few improved internal components, including a more powerful CPU and a 480p high-definition camera.

The 3G may have shown the potential of the iPhone, but for many users the 4 was the beginning of the product we’ve come to know today. It included a retina display and a front-facing camera (both industry firsts), along with a new A4 processor, which allowed for multi-tasking functionality. The 4 also featured a sleeker design and at the time was widely viewed by iPhone users as the most transformative upgrade to date.

The iPhone 4S offered a number of upgrades over the iPhone 4—perhaps the most notable of which was the introduction of Siri. It also was the first model to give users access to iCloud and iMessage. The 4S featured a more advanced A5 dual-core processor, and its rear camera received a three-megapixel increase (to eight megapixels). Video recording capability was improved to 1080p as well.

The iPhone 5 took great strides towards the models we know today, featuring a lightweight aluminum case, as well as an improved charging and data transfer connection named Lightning. It sported a taller screen, which allowed for the addition of an extra row of icons and improved functionality. The 5 also had an A6 dual-core chip processor and was the first iPhone to support LTE. Users’ first look at Apple Maps, however, left much to be desired.

From a standpoint of internal hardware, the iPhone 5C was identical to the 5. It did feature a plastic rear, which made it slightly less expensive than the 5. It also came in five different colors, including blue, green, pink, white and yellow.

With an A7 64-bit processor, the iPhone 5S was the most substantial iPhone upgrade of 2013. The extra power facilitated iOS 7, which introduced the opaque menus and brighter icons that still exist today. This model also featured Touch ID, along with the very first fingerprint-scanner, a feature that would become ubiquitous to smartphones in the coming years. The 5S camera was given a bigger aperture as well.

In what is starting to feel like pretty recent history, the iPhone 6 was introduced in 2014 with a number of new features. Its slimmer body and bigger screen were more accommodating to the average-sized pocket. The screen also had a greater pixel count, which improved picture definition. Another significant change was the addition of NFC touch-payment technology, which allowed iPhone users to replace their bank cards with Apple Pay.

Apple finally bowed to consumer demand for bigger devices with the release of the iPhone 6 Plus, which had become popular among Samsung and HTC customers. Its 5.5-inch display made it the biggest iPhone to date, resulting in many associating it more with an iPad Mini than a smartphone. 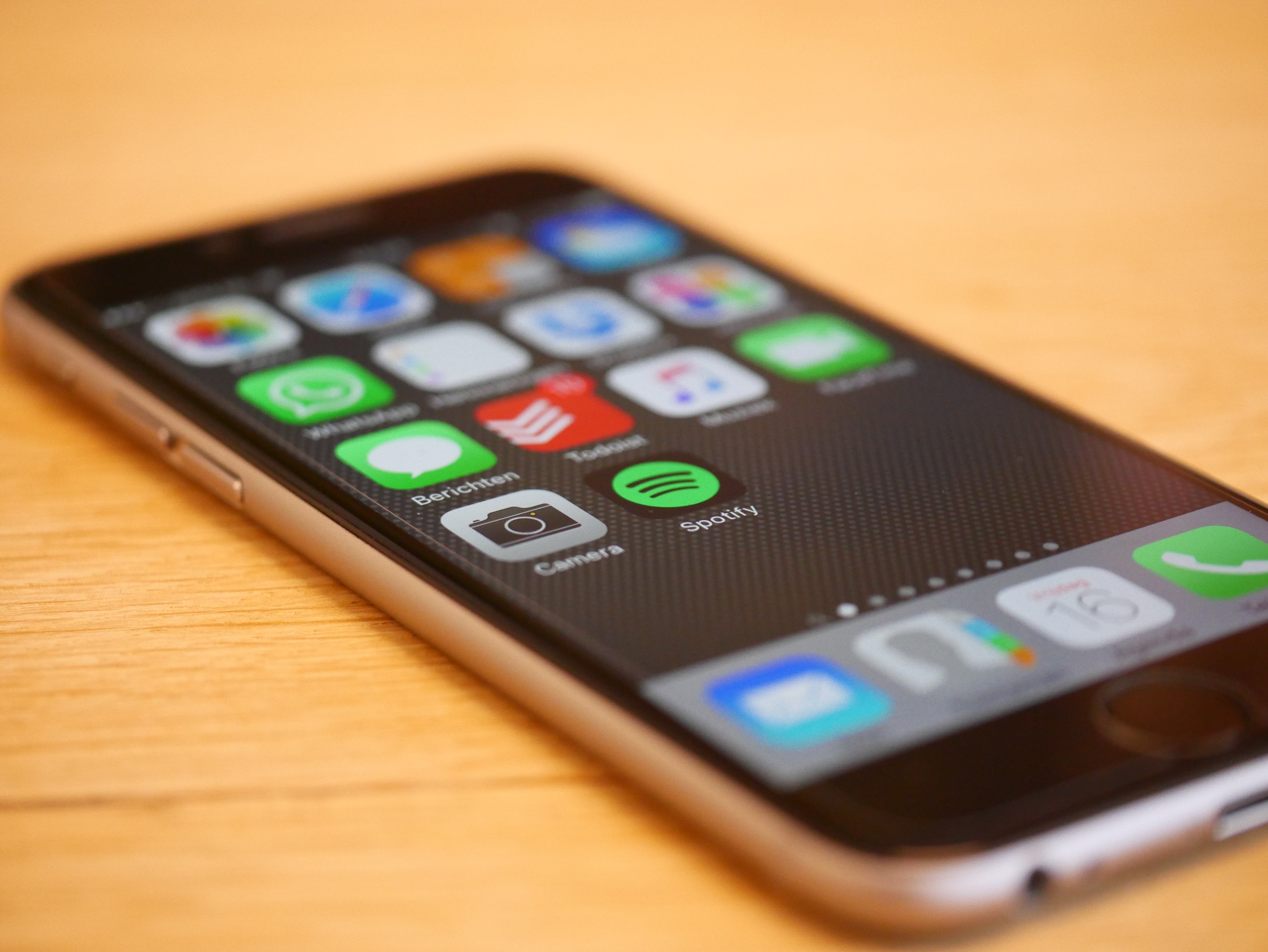 The iPhone 6S is currently the most popular smartphone in the world.

The iPhone 6S is currently the most popular smartphone in the world. It arrived with the tagline "The Only Thing That's Changed Is Everything”—perhaps because at first glance it is nearly impossible to discern from the 6. It did, however, receive some fairly significant internal upgrades, including a better battery, more processing power and double the RAM. Apple recently announced that these phones can potentially shut down for no apparent reason, prompting the company to offer free replacement batteries to its users.

From an internals standpoint, the 6S Plus offers only minor upgrades over the 6. It is slightly bigger, making it an ideal option for those who desire something a bit larger.

The iPhone SE seems out of place within the iPhone series, perhaps only comparable to the 5C in the sense that it represents a less costly option. Curiously the SE looks just like the iPhone 5 but has much of the functionality of the 6. Once again, Apple found a way to capture market share with the SE—this time from its lower-cost competition—which, generally speaking, is all of its competition.

The jury is still out on the recently released iPhone 7, but early signs suggest this is another big step for Apple. The surprising change grabbing headlines since its launch is the exclusion of a headphone jack—a first for smartphone manufacturers. This, coupled with other design changes, make the 7 more waterproof (we’re talking one meter deep for 30 minutes of waterproof). The space left by the jack has been replaced with a new Taptic engine for the home button and a much-improved built-in speaker.

The 7 Plus sets itself apart from the standard iPhone 7 in three ways: a larger screen, bigger battery and more advanced camera technology. It is nearly identical to the 6S Plus (at least from the standpoint of looks). Like the 7, it is waterproof and has no headphone jack.

So what does the future hold?

Many reports out of the tech world indicate that Apple will be releasing multiple iPhones in 2017, including an iPhone SE 2, 7S, 7S Plus and perhaps even an 8. As has been the case with every release, Apple is playing everything pretty close to the vest—forcing its loyal customers to do something they’ve become very accustomed to over the last decade…wait and see.