Invisibility cloaks have been unique additions to famous fictional plots in stories like Harry Potter and Star Trek.

While invisibility, an intriguing and magical phenomenon, has yet to be truly achieved by science, an electrical and computer engineering associate professor from the University of Utah, Rajesh Menon, has developed a cloaking device for microscopic photonic integrated devices, which are the building blocks of photonic computer chips that run on light instead of electrical current. Menon has tackled the cloaking technology in an attempt to make future chips smaller, faster and less power-consuming.

As a result of technological advancements, future computers, data centers and mobile electronics will include the use of photonic chips that will send and process data in the form of light photons instead of electrons. These new photonic chips will surpass the ability of current silicon-based chips in speed and power consumption, as well emit less heat. 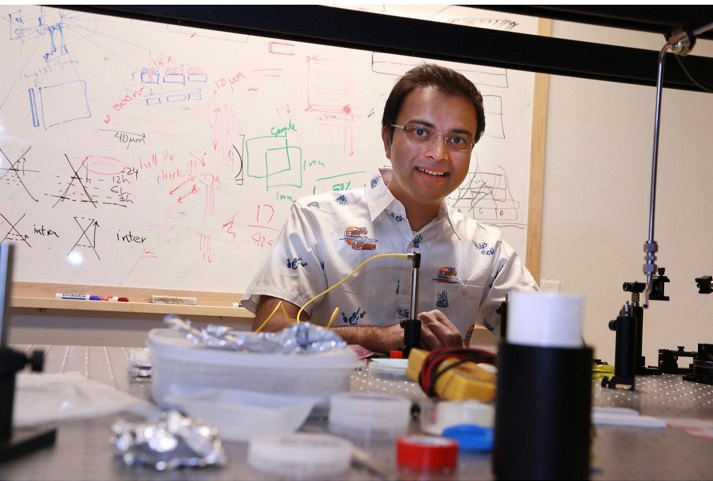 Each chip contains potentially billions of photonic devices that possess specific functions in the same way silicon chips contain transistors with different functions. So, for example, one group of devices would perform calculations, while another would perform certain processing functions.

The challenge that comes along with photonic devices is that if two of them are too close to each other, they will not work because of the light leakage between, which will cause "crosstalk" similar to radio interference. However, if they are spaced far apart to solve this problem, the chip would be too large.

As a solution, Menon created an invisibility cloak that acts a silicon-based barrier to trick one of the devices into not seeing the other.

"The principle we are using is similar to that of the Harry Potter invisibility cloak," said Menon. "Any light that comes to one device is redirected back as if to mimic the situation of not having a neighboring device. It's like a barrier – it pushes the light back into the original device. It is being fooled into thinking there is nothing on the other side."

As a result of this cloaking technique, billions of these photonic devices can be crammed into a single chip, and therefore provide even more functionality. Since these photonic chips use light photons instead of electrons to transfer data, which builds up heat, these chips could potentially consume 10 to 100 times less power, which would be beneficial for applications in data centers that use large amounts of electricity.

Currently, photonic devices are used in high-end military equipment, but according to Menon, another immediate application for the technology, and for photonic chips overall, will be in data centers like the ones Google and Facebook use.

According to a study from the U.S. Department of Energy's Lawrence Berkeley National Laboratory, data centers in the U.S. consumed 70 billion kilowatt hours in 2014, about 1.8% of the entire U.S. electricity consumption. It is projected that that power usage will rise 4% by 2020.

"By going from electronics to photonics we can make computers much more efficient and ultimately make a big impact on carbon emissions and energy usage for all kinds of things," said Menon. "It's a big impact and a lot of people are trying to solve it."

Menon expects full photonic-based chips will be employed in data centers within a few years.

The cloaking discovery was published in the latest edition of Nature Communications and co-written by University of Utah doctoral student Bing Shen and Randy Polson, senior optical engineer in the Utah Nanofab.