While robots are typically expected to be rigid machines that work quickly and efficiently, researchers at École Polytechnique Fédérale de Lausanne's (EPFL) Reconfigurable Robotics Lab (RRL) have been working with soft robots, to improve their speed and efficiency. 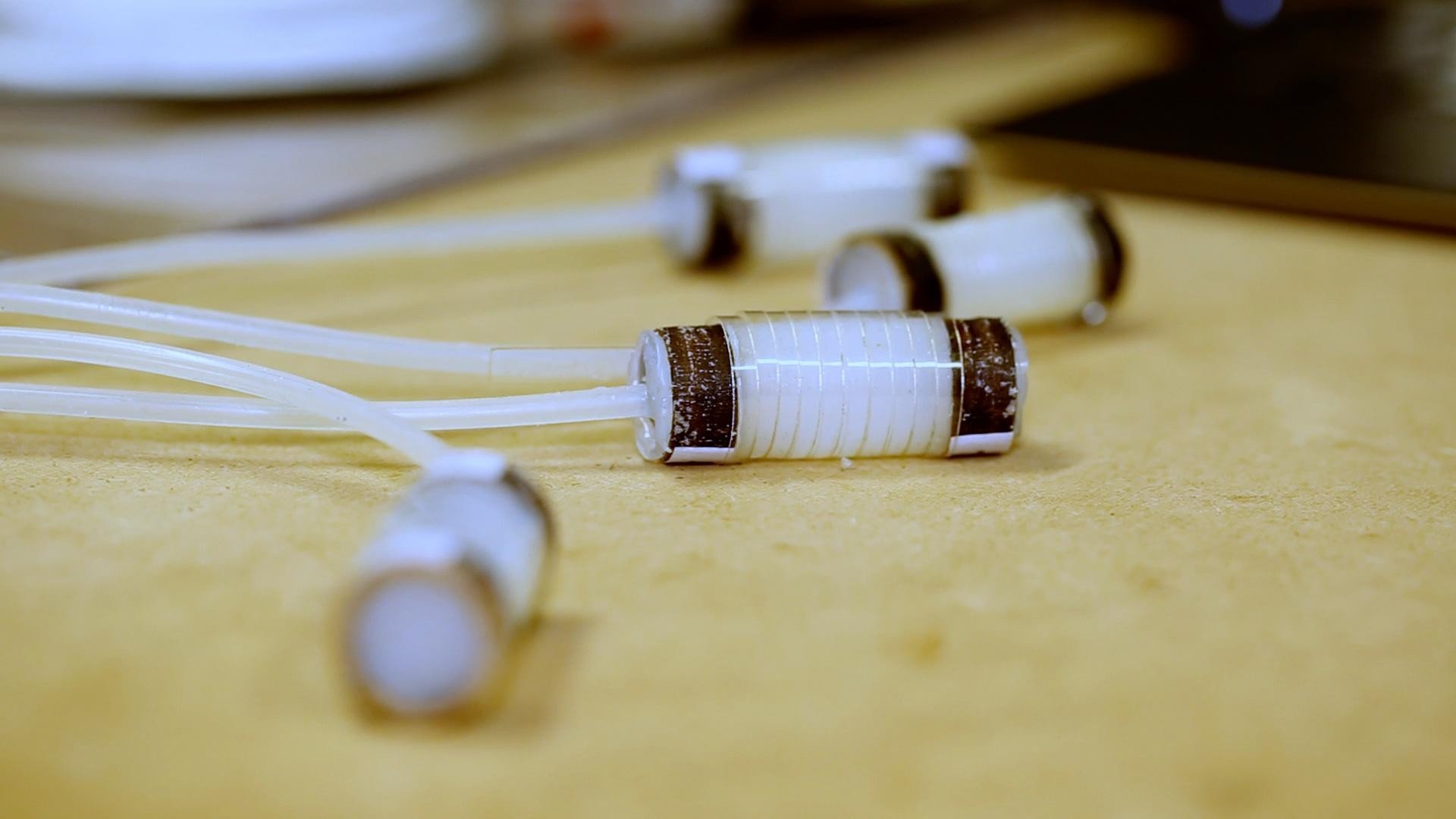 The researchers’ soft robots are powered by muscle-like actuators and have been designed for use on the human body in order to help people move. These robots are made of elastomers, including silicon and rubber, and therefore tend to be safe. The researchers are able to control them by changing the air pressure in specially designed soft balloons, which also happen to serve as the robot's body.

Potential applications for these robots include patient rehabilitation, the handling of fragile objects, biomimetic systems and home care.

"Our robot designs focus largely on safety," said Jamie Paik, director of the RRL. "There's very little risk of getting hurt if you're wearing an exoskeleton made up of soft materials, for example.”

During the course of its research, the team showed that its model could accurately predict how a series of modules – composed of compartments and sandwiched chambers – would move. The cucumber-shaped actuators are capable of stretching approximately five or six times their normal length and can bend in two directions, depending on the model.

"We conducted numerous simulations and developed a model for predicting how the actuators deform as a function of their shape, thickness and the materials they're made of," said Gunjan Agarwal, the article's lead author.

Other RRL researchers have developed soft robots for medical purposes, too. One of their designs is a belt made of several inflatable components, intended to hold patients upright during rehabilitation exercises and guides their movements. 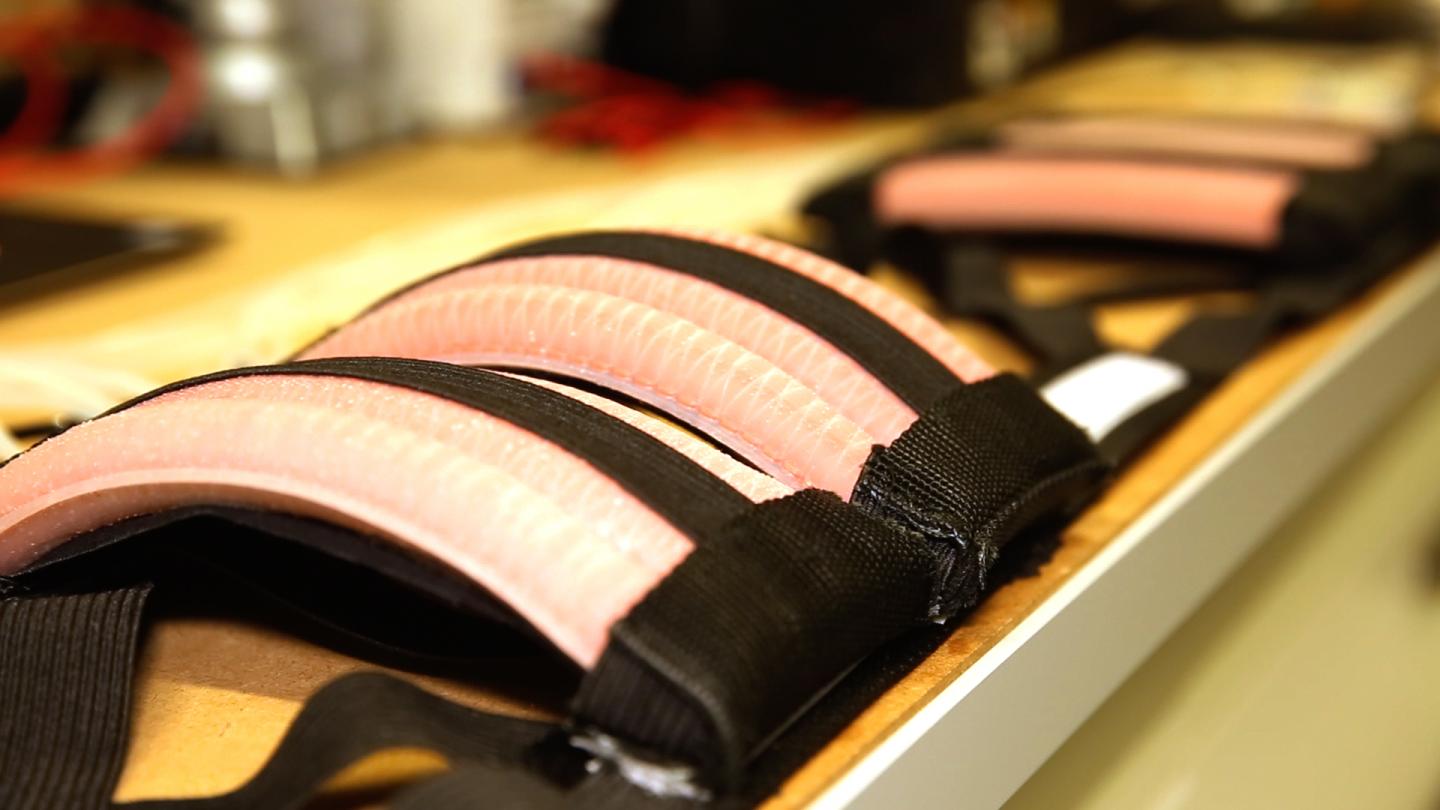 "We are working with physical therapists from the University Hospital of Lausanne (CHUV) that are treating stroke victims," said Matthew Robertson, the researcher in charge of the project. "The belt is designed to support the patient's torso and restore some of the person's motor sensitivity."

The belt's soft actuators are comprised of pink rubber and transparent fishing line. The placement of the fishing line guides the modules' deformation very precisely when air is injected.

"For now, the belt is hooked up to a system of external pumps. The next step will be to miniaturize this system and put it directly on the belt," said Robertson.

There are numerous possibilities for soft actuators. For example, the teams are using them to develop adaptable robots capable of navigating around cramped, hostile environments.

"Using soft actuators, we can come up with robots of various shapes that can move around in diverse environments," said Paik. "They are made of inexpensive materials, and so they could easily be produced on a large scale. This will open new doors in the field of robotics."

Learn more about the soft robots at EPFL.